Amrita Pritam was an Indian writer and poetess who was awarded the “Jnanpith”. She has written her articles in Hindi and Punjabi language. She is also known as the first chief female poetess of the state of Punjab.

Amrita Pritam was a writer whose works have been translated into 34 languages ​​of the world. Along with this, translations have also been done in many Indian languages. His compositions include poetry collection, novel, essay, story and autobiography. Many TV serials are made on the basis of her stories and films based on novels written by Amirta Pritam. Pinjar films are based on her novel. 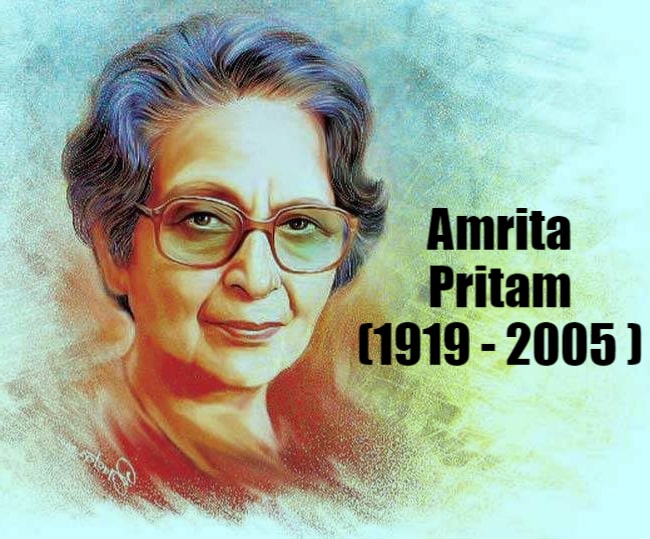 Amrita Kaur was born on 31 August 1919 in Gujranwala district, Punjab. HEs father’s name was Kartar Singh Hitkari and mother’s name was Raj Bibi. Her mother was a school teacher and her father was a writer and a scholar of Braj language. Her father was also a preacher of Sikhism. Mother died when Amrita was only 11 years old, due to which she was left alone. After this Amrita and her father moved to Lahore and lived there till 1947.

At the age of 16, Amrita Kaur was married to Pritam Singh in 1935 AD. After this, Amrita Kaur changed her name to Amrita Pritam. In the year 1960, Amrita left her husband and also wrote about her attraction towards poet Sahir Ludhinvi in ​​her autobiography “Rasidi Ticket”.

Amrita Pritam gained a lot of fame for the Punjabi poem “Ajj Aakhan Waris Shah Noon“. He has a wonderful contribution to literature. On 31 December 2005, She died in sleep due to a long illness. The art of his writing made him immortal.