Abdul Kalam was born on 15 October 1931 in Rameswaram, Tamil Nadu to a Muslim family. His father Zainulabidin was a sailor and his mother Ashiamma was a homemaker. His family’s financial condition was not good, so he had to work from a young age. Kalam used to distribute newspaper after school to help his father financially. During his school days, Kalam was normal in studies but always ready and willing to learn something new. He had a hunger for learning and he used to pay attention to studies for hours. 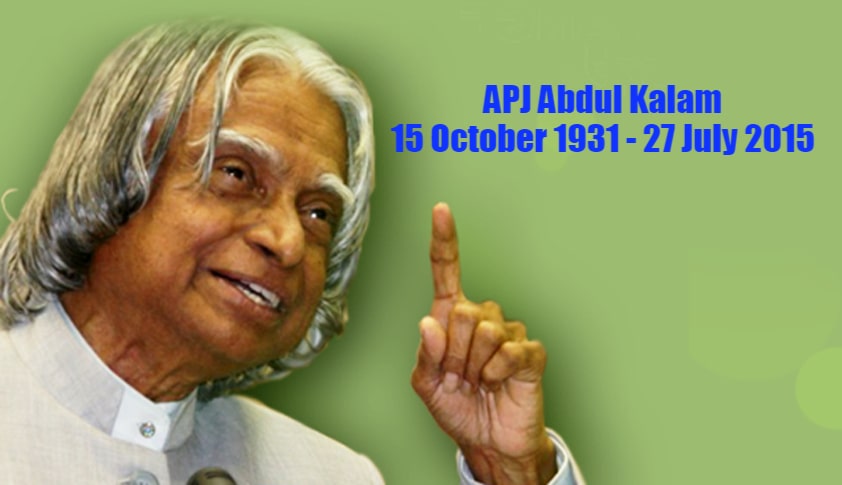 He did his schooling from Ramanathapuram Schwartz Matriculation School and then attended St. Joseph’s College, Tiruchirapalli, from where he graduated in 1954 in physics. He then moved to Madras in the year 1955 from where he studied aerospace engineering. In the year 1960, Kalam completed his engineering studies from Madras Institute of Technology.

After completing his engineering studies from the Madras Institute of Technology, Kalam joined the Defense Research and Development Organization (DRDO) as a scientist. Kalam started his career by designing a small helicopter for the Indian Army. Kalam was not getting satisfaction from his work in DRDO. Kalam Pandit was also a member of the Indian National Committee for Space Research constituted by Jawaharlal Nehru.

During this time he got an opportunity to work with the famous space scientist Vikram Sarabhai. In 1969, he was transferred to the Indian Space Research Organization (ISRO). Here he was appointed as the director of India’s satellite launch vehicle project. As a result of the success of this project, India’s first satellite ‘Rohini’ was placed in the Earth’s orbit in the year 1980.

From July 1992 to December 1999, Dr. Kalam was the Scientific Advisor to the Prime Minister and Secretary of the Defense Research and Development Organization (DRDO). India conducted its second nuclear test during this period. He played an important role in it. R. Dr. Kalam was the coordinator of the project along with Chidambaram. The media coverage found during this made him the country’s largest nuclear scientist.

In 1998, Dr. Kalam along with heart physician Soma Raju developed a low-cost coronary stent. It was named as ‘Kalam-Raju Stent’.

On 27 July 2015, he suffered a heart attack while teaching work at the Indian Institute of Management, Shillong, after which Dr. Abdul Kalam, beloved and favorite of crores of people, went to heavenap.