Aryabhata was a great scientist and mathematician not only of India but of the ancient world. Acharya Aryabhata not only contributed to scientific progress, but also put glory in it. This great scientist was born in the Golden period of India. In the Gupta period, India made great progress in the fields of literature, art and science thanks to great scientists like Aryabhata. 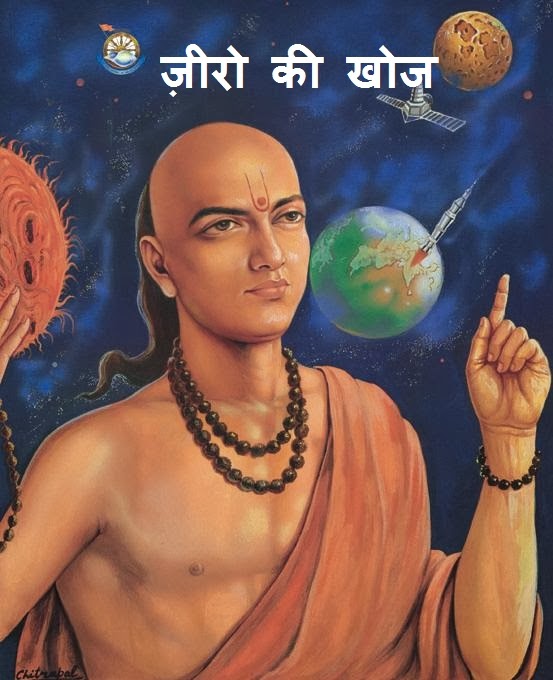 Aryabhata writes in his treatise Aryabhatiya that he composed this book after 3600 years of Kali Yuga. He was 23 years old when he was writing this book. According to the Indian calendar, KalYug started on 3101 BC. This means that Aryabhata was born in 476 AD. In this way Aryabhata was the first scientist in India to report his birth..

Even though there is clear information about the time of birth of Aryabhata and there is a dispute about the place of his birth. According to historians, he was either born in Patna or Maharashtra. King Buddha Gupta made him head of Nalanda University by impressed from his treatise Aryabhatiya.

Historians believe that Aryabhata composed many texts, but at present, four of his texts are available – Aryabhatiya, Dasgeetika, Tantra and Aryabhata doctrine. Aryabhata Siddhanta texts are not fully available, only 34 verses are known.

The most popular text of Aryabhata is Aryabhatiya. This name was not given to this book by Aryabhata, but rather an Indian mathematician Bhaskar, who had written it almost 100 years later, called this book Aryabhatiya in his writings. There are a total of 121 verses in the Aryabhatiya divided into four parts – Dasgeetika, Mathamapada, Kalakriya and Golapada.

(4) Aryabhata had measured the speed of rotation of the earth relative to the stars and told that the length of a day is 23 hours 56 minutes, which is actually only 0. 86 seconds is less than actual. Even before Aryabhata, many Greek, Unani and Indian scientists had told the length of time of a day but it was not as accurate as Aryabhata’s calculation.

(7) Started writing marks by numbers – Friends, you will often hear that Aryabhata had discovered zero but your information is wrong. Actually, he started writing calculations with special symbols. Before that, in an article, calculations were written in words (such as one, two, three, gyara, eleven, twenty, etc.) but they began to compute calculations in modern number systems (such as 1, 2, 3, 11, 15, 20 etc). (Note here that 1, 2, 3 are English signs while Aryabhata used any other symbols which are not known anymore.)

(8) Aryabhata not only explained why the solar eclipse and lunar eclipse occur but also gave the formula for the time of eclipse. He also gave a formula to find out how long the eclipse will last.

(10) Aryabhata discovered Sin and Cosine of Trigonometry. Aryabhata has called them sine ‘and _’ kojya ‘. (Cosine is the impaired form of cosine.) This means that trigonometry is taught all over the world today, in reality it was discovered by Aryabhata.

(11) Aryabhata considered the universe eternal – eternal. According to Indian philosophy, this world has been created by the combination of these five elements: fire, water, air, earth and sky. But _ Aryabhata did not consider the sky to be an element.

(12) Aryabhata revoked the prevailing conception that the Earth is at the center of this universe. According to Aryabhata, the Sun is located in the center of the Solar System and the rest of the planets, including the Earth, revolve around it.