Bacteria are small unicellular organisms that are found everywhere on the earth. It is found in soil, in water, deep inside the earth, in plants, in organisms and also in our body. Bacteria is an important part of the entire biosphere. Let us tell you some interesting and interesting facts about them. 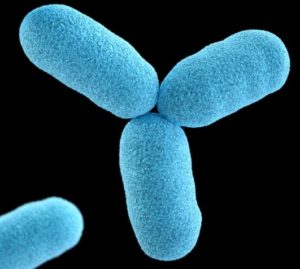 Types and Facts about Bacteria

1. The total weight of all the bacteria present in our body is about one and a half kg.

2. The total number of bacteria in your mouth is more than the total population of humans.

3. Recently, scientists have discovered 1458 types of new bacterial varieties in our navel.

4. In a clean mouth, there can be between 1 to 1 lakh bacteria on every single tooth.

6. If we add chlorine to clean water, then its effect lasts for 6 months. After this, bacteria start growing in the water.

7. The formation of curd from milk is also caused by a bacterium. The name of this bacterium is – Lactobacilli.

8. The appearance of manure by rotten things is also caused by bacteria. If there is no bacteria, then it is difficult to become compost of rotten things.

9. Many types of parasitic bacteria cause many diseases such as cholera, periodic fever, pneumonia, tuberculosis and plague etc. Only about 2 million people die every year from tuberculosis.

Types and Facts about Bacteria

11. NASA scientists have named a new creature discovered by them ‘Kalami’ after the former President of India and space scientist APJ Abdul Kalam. Till now this bacterium was found only in the International Space Station (ISS). It was not found on Earth.

12. When two people kiss each other, between one crore and 10 crore bacteria are transferred in both.

13. Most antibiotics have been prepared from bacteria.

16. In places where there is a high number of men working, the number of bacteria is also high.

17. In 2013, a bacteria was found in New Zealand that can neutralize all types of antibiotics.

18. There is not a single bacteria in the body of new born children.

19. Ashwanaal is a sea crab variety whose blood sells up to 9 lakh rupees per liter as it can easily detect bacteria.

20. You must have heard that the water of river Ganga never gets spoiled, then know the reason for this. Scientists say that there are bacteria in the Ganges water that do not allow the germs to rot in the water to flourish and due to which it does not spoil for a long time.

21. We cannot see bacteria without microscope. But there are one or two people who can be seen with naked eyes.

22. Bacteria have the smallest eyes on the earth. But it is the largest by body size.

23. Listening to songs on the headphone for one hour increases the number of bacteria in the ears by up to 700 times.

24. There is no smell of sweat. When bacteria is added to it, then the smell starts.