Block Diagram Or Components Of Computer 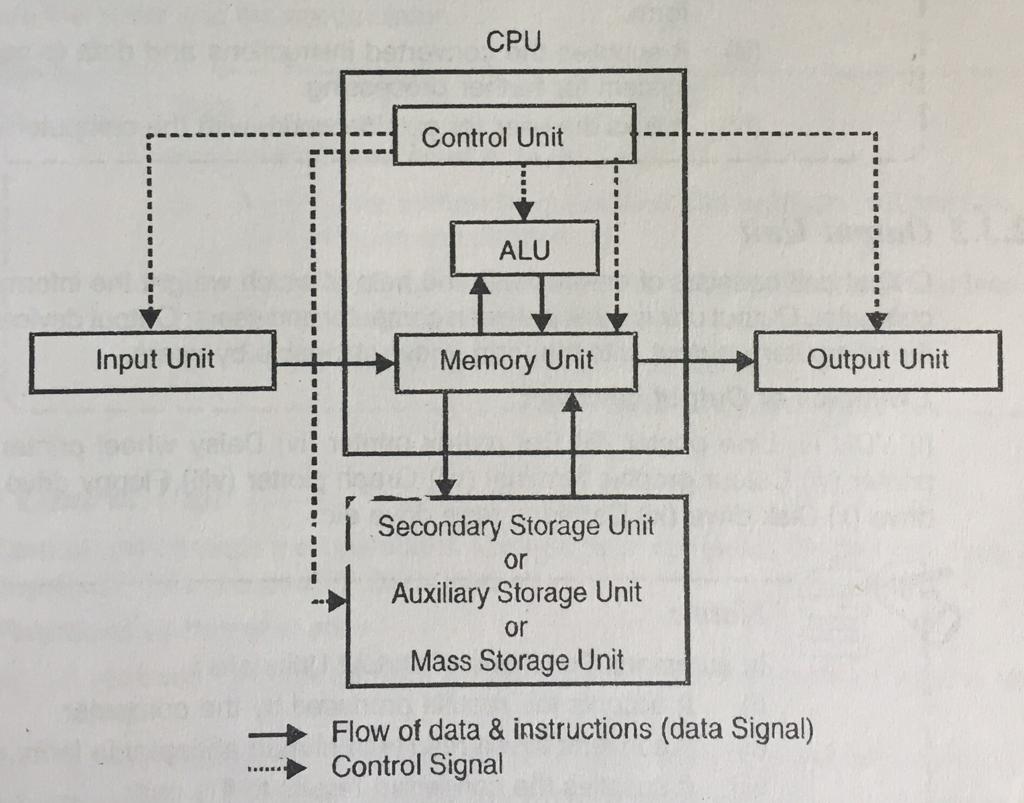 This unit contains devices with the help of which we enter data into computer. This unit is linked between user and computer. Input devices translate the human being information into the form understandable by computer.

Output unit consists of devices with the help of which we get the information from computer. Output unit is a link between computer and users. Output devices translate the computers output into the form under-standable by users.

CPU is considered as the brain of the computer. CPU perform all types of data processing operations. It stores data, intermediate results and instructions (program). It controls the operation of all parts of computer. CPU itself has following three components.

The arithmetic & logic unit contains a number of storage locations referred to as registers. These registers are composed of electronic circuitry having the capability of adding, subtracting, multiplying, rounding off etc. The number of registers in a computer vary from model to model. However, the basic registers in any computer are the adder and the accumulator.

(B) Control Unit – Control unit controls the operations of all parts of computer. It does not carry out any actual data processing operations. Functions of this unit are:

(C) Memory or Storage Unit – This unit can store instruction, data and intermediate results. This unit supplies information to the other units of the computer when needed. It is also known as internal storage unit or main memory or primary storage or Random access memory (RAM). Its size affects speed, power and capability. The main memory can be divided into four areas that have no fixed or built-in-physical boundaries within the memory. These areas are:

1 thought on “Explain Block Diagram Or Components Of Computer”