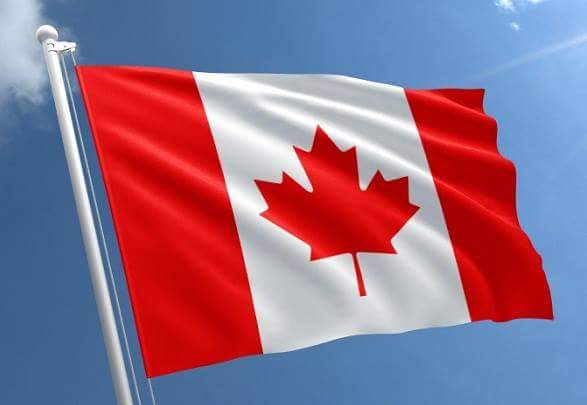 Canada is a large and developed country in North America. It is the second largest country in the world with an area of ​​about 99.9 lakh square kilometers. The word ‘Canada’ is derived from the word ‘Kanata’ which means ‘village’ and ‘big village’.

America is situated south of Canada and its border with America is the second largest international border in the world. This post provides information about 6 important topics of Canada, such as the country’s flag, states and union territories, population, etc.

The current Canadian flag began to be officially hoisted on 15 February 1965. Earlier, the appearance of the Canadian flag had been changed several times.

The Canadian flag is then unofficially called the Maple Leaf to the Flag of Canada. Maple is the name of a tree found in Canada whose leaves are inscribed in a flag.

It was prepared by Dr. George Stanley who took Canadian history into consideration when preparing it. The leaves of the Maple tree have been inscribed because people here have been using the sap of this tree for centuries and are doing so in the present time.

There are also two standing red colored leaves in the flag and Maple tree leaf on the white part in the middle. Their ratio is 1: 2: 1. The white color signifies honesty and peace while the red color stands for hardness, strength and valor. This red and white color is derived from the flag of England because Canada was ruled by the British and most of the people of Canada are descendants of the British.

82.1% of its population lives in urban areas. The average age of all the people in the country is 40.8 years.

Canada is a secular state and is home to almost all major religions of the world. Religion does not play a special role in the daily lives of most citizens, but they all believe in God. As of 2011, the population according to religion in Canada is something like this-

Christians – Christians are the majority here, and around 39% of the 67% consider the Roman Catholic branch.

Islam – Canada had only 13 Muslims in the 1871 census, but today Islam is the second largest religion in Canada, with a population of about 1.2 million.

Hinduism – Hindus have arrived in about four groups in Canada. First those who have gone from India till the British Raj. Most of these include Gujarati and Punjabi Hindus. The other is Tamil from Sri Lanka, who came to Canada in hundreds after the violence in Sri Lanka in 1983. The third is the local people of Canada, who converted to Hinduism on their own. The fourth is Nepali Hindus who came to Canada in very small numbers. The number of Hindus here in 2011 was 4 lakh 97 thousand which was 1.45% of the total population.

Sikhism – Sikhs are in large numbers among migrants from India to Canada and other countries. Canada also has the largest Indian community after Sikh Hindus. In 2011 the number of Sikhs here was 4 lakh 54 thousand which was 1.4% of the total population.

States and Union Territories of Canada 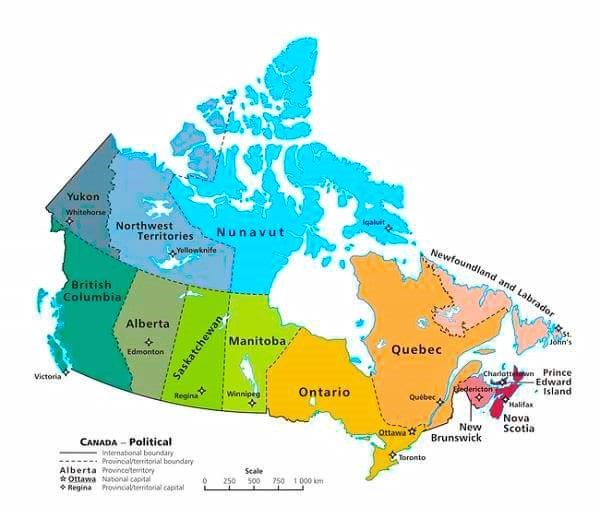 Canada’s Provinces and their Capitals

Territories of Canada And Their Capitals