Dhananand was the last king of the Nand dynasty of ancient India. The nand Dynasty ruled large parts of North Eastern India in the fourth century BCE. The Nand Empire was the largest empire in India at that time. 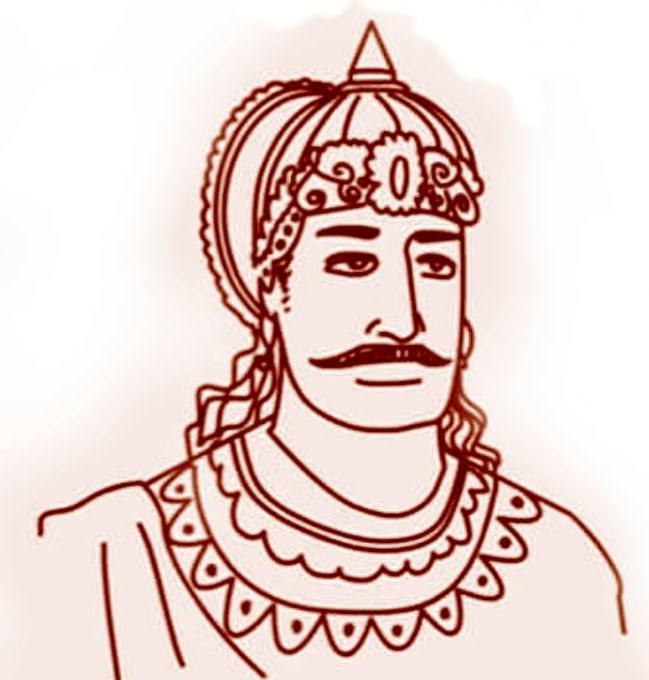 Information about two emperors of nand dynasty is available. First Mahapadmanand and second Dhananand. It is generally found that Dhananand was the son of Mahapadmanand but in many places he has also been called Mahapadmanand’s younger brother. One thing is clear from all ancient texts that the kings of nandvansha belonged to the Nai caste.

Mahapadmanand founded the nand dynasty in about 345 BCE and ruled until about 329 BCE. After this, Dhananand ascended the throne of Magadha.

Almost all the texts believe that Dhananand was a tyrannical, greedy and luxuriant ruler who was unpleasant among the subjects of his kingdom. Dhananand had a habit of collecting money due to which people started calling him ‘Dhan nand‘.

To collect money, Dhananand imposed various taxes on his subjects, even the girls required to cremate the person in the crematorium were required to pay tax. His soldiers used all methods to collect taxes from the people.

According to the Kathasaritsagar, Dhananand had 99 million gold mudras which he dug and dug in a rock at the bottom of river Ganga. Even though this has been written a bit exaggeratedly, we still have to admit that Dhananand had a lot of wealth because it is also found in an ancient poem in Tamil.

Dhananand got this name because of his love for wealth, but perhaps his real name was something else at that time. Greek writers have described that at the time of Alexander’s attack, the king of Magadha was ‘Agrammes or Xandrames’. Historians associate ‘Agramaas’ or ‘Xandrames’ with Dhananand itself, because the word ‘Agrammes’ is probably a distorted form of the Sanskrit word Agrasenya. The word Augrasainya means – ‘son of Ugrasena’. Ugrasen is another name for Mahapadmanand.

Dhananand inherited a vast kingdom, so it is a natural thing to have a large army. Yavan historians write that in Dhananand’s army there were 2 lakh foot soldiers, 20 thousand horsemen, 2 thousand chariots and 3 thousand elephants.

All ancient texts believe that there was a lot of enmity between Chanakya and nands. The Mudrarakshas play shows that Chanakya was humiliated by Dhananand and removed from the royal post, which led him to take the oath of destruction of the nand Empire. It may be that Acharya Chanakya also holds a position among the ministers of Dhananand and he has opposed Dhananand’s autocracy, due to which Dhananand humiliated him. Must have removed from tax post.

Chanakya was in search of someone who would be able to become emperor by removing a tyrannical ruler like Dhananand, and he soon found such a person as Chandragupta. After Alexander’s departure, Chandragupta invaded the central part of the nand Empire in about 324 BC with the help of Chanakya, but was defeated severely. He underestimated the army of nands, but soon he came to know about his mistake.

Chandragupta and Chanakya first started conquering the surrounding areas of the nand Empire. Both of them prepared a large army from the regions of Punjab, possibly including some Greek soldiers and robbers. It is also known that Chandragupta had entered into a treaty with King Parvatak of Kashmir in the overthrow of Dhananand. Many historians consider King Parvatak as none other than King Porus.

According to one Buddhist text, there was only one war between Dhananand and Chandragupta and this war was so devastating that the loss caused by it could not be completed for many years to come.

Most of the ancient disciples find that Chandragupta killed Dhananand, but according to one scripture, after losing the battle to Chandragupta, Dhananand married one of his daughters Durdhara to Chandragupta and took permission to move out of Pataliputra with his two wives and a daughter. At the same time, he also allowed him to take as much property as he could with a chariot. Most historians believe that the last war between Chandragupta and Dhananand took place in 321 BCE, and some justify the time around 315 BCE.