If the word loyalty is associated with an animal, it is a dog. The dog is a loyal friend of humans. A descendant of a wolf, it is the animal that is most domesticated by humans. Of course, loyalty is also a big reason. Today, we are giving you interesting facts about this faithful animal.

Short Description About Dog – Dog is the animal of Canidae Family, which consists of wolf and fox. Canidae Family is also sometimes called Dog Family. The specialty of this family is – long snout, large canine teeth, long tail etc. 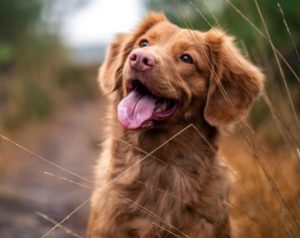 (1) There are around 400 million dogs and hundreds of their breeds in the world.

(2) Dogs are considered descendants of wolves. 4% of their DNA resembles wolf.

(4) Generally the life of small breed dogs is longer than that of big breed dogs.

(5) The life span of pet dogs is also longer than other dogs.

(7) The dog’s ability to see in the dark and in the morning is very good.

(8) In the dark, dogs use their mustache to take subtle changes in air currents. This gives them a better understanding of the environment and helps them to see in the dark.

(10) Dogs have three eyelids, one of which is to keep their eyes moist and protected. 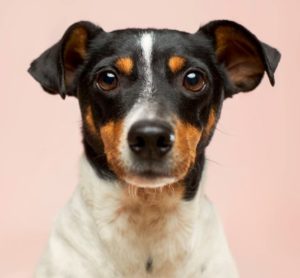 (13) The brain of a dog is only one-tenth of the size of the human brain.

(14) The ability of a dog to smell is 10 times that of humans. Humans have 5 million glands of smell, while in dogs it can range from 125 to 300 million according to breed. Once sniffed, dogs are also identified the next time. Because of this property, dogs are used to detect explosives and narcotics.

(15) There is a place in both the holes of the dog’s nose, where there are many odor sensitive cells. These are called ‘chemoreceptors’. These chemoreceptors look like hair and are always wet due to mucus. These cells are connected through veins to the ‘allfactory bulb’ of the brain. The larger this area is, the greater the sniffing ability of the dog.

(16) The hearing power of dogs is 5 times more than humans. Humans can hear the sound of frequencies from 8 to 23,000 Hertz, while dogs can have from 4 to 45,000 Hertz. With aging, the hearing ability of both humans and dogs begins to decrease.

(18) There is a misconception among people that dogs are colorblind but it’s not like that. They do not have receptors for red color in their eyes. So they see colors in shades of black and white or shades of blue and yellow.

(19) Dogs can dream like humans. Moving their feet while sleeping is a sign that they are dreaming.

(22) After the body temperature increases or while panting, the dog’s ability to sniff is reduced by 40%.

(23) The dogs do not sweat on any part except the toes of the feet. Its sole sweat gland is between the toes.

(25) According to Brady Barr of National Geographic, the dog’s bite force is 320 pounds / square inch.

(26) There is so much acid in the urine of the dog that it can melt the metal. So keep them away from valuable metal items.

(28) Most dogs have claws that smell like corn chips. This happens due to sweat and claw bacteria on the feet.

(29) When dogs bark at each other, they adjust their barking pitch to be heard differently from others.

(30) The same “love hormone” called oxytocin is released by dogs and humans. Due to this hormone both humans and dogs have strong bonds with their friends.

(31) Breeding period in dogs is about nine weeks.

(32) On an average, a bitch can give birth to four to six babies.

(33) Dog puppies are blind, deaf, and toothless at birth. With the help of heat sensors of his nose, he is able to find his mother.

(34) Dogs develop at a rapid pace after birth. Within four to five months of birth, they gain half their body weight. It takes a year or more to get the remaining weight.

(36) Dogs are omnivores. This means that they also eat meat as well as grains, fruits and vegetables.

(37) Dogs are animals living in groups. They do not like to be alone.

(38) According to a study by Cornell University, dogs were domesticated between 9000 and 34000 years ago.

(40) The oldest breed of dog in the world is Saluki, which originated in 329 BC. It Was born in Egypt.

(41) The smallest dog breed is Chihuahua, which is about 4 inches in length.

(42) The highest weight breed of dog is Mastiff. Their weight is about 2000 pounds.

(43) The dog runs at a speed of 19 mph but the dog breed Greyhound has a running speed of 6 miles / hour, which is the fastest in the world.

(44) Highly trained dog breeds such as Golden Retrievers, Labrador Retrievers, German Shepherds and Collies are more kids-friendly than other breeds.

(45) If you are allergic. So, breed dogs like Bichons, Portuguese Water Dogs, Kerry Blue Terriers, Maltese and Poodles are good choices as they have very less hair loss compared to other breeds.

(46) All dog breeds have a pink tongue. But the breed of two Chinese dogs is black from Shar-Pei and Chow Chow.

(47) Alaskan Malamute, a dog breed, has the ability to withstand temperatures of -70 degrees.

(48) The only breed of dog is Basenji, which does not bark.

(49) The Norwegian Lundehund is the only breed of dog with six paws on each leg.

(50) The smartest breeds of dogs in the world are believed to be Border Collie, Poodle and Golden Retriever. 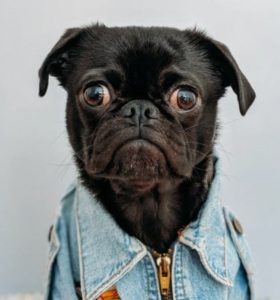 (51) The longest ears belong to a bloodhound dog named Tiger. The length of each of his ears is more than 13 inches.

(53) Due to a genetic predisposition, 30% of Dalmatians breed dogs are deaf in at least one ear. Despite this, their hearing power is better than humans.

(54) Dogs can be trained to detect cancer and other diseases occurring in humans. Dogs can smell cancer cells with the smell of breath. A Standard Schnauzer breed dog named George made international headlines for being the first trained dog to smell cancer in humans.

(55) Many of the disorders found in the feet in dogs are due to long nails.

(56) Chocolate is poison for dogs. An element of theobromine is present in chocolate, which has properties like caffeine. It affects the vascular system.

(58) Obesity is the biggest health problem in dogs.

(59) Dogs are mentioned more than 35 times in the Holy Bible.

(62) Dogs can be taught to count and solve simple math problems. Dogs can also learn more than 1000 words.

(63) With patience, dogs can also be taught to walk backwards, salute and bow.

(64) Dog breeding of Pembroke Welsh Corgis breed has been a popular tradition for the British royal family for 60 years. Queen Elizabeth II had 30 dogs of this breed as a child.

(65) The first dog (Dog) to appear in the movies was a Border Collie breed dog named Jean, also known as the Vitagraph Dog. He acted in his first silent film Jean Goes Foraging in 1910.

(66) The first dog star of Hollywood was a dog named Rin Tin Tin. This German Shephard Dog had signed for 22 films with the imprint of his claws. A personal chef used to prepare tenderloin steak for this Star Dog food. To help the dog digest this steak, classical music was played while eating it.

(67) In 1979, a dog named ‘Lassie’ became the first animal to join the Hall of Fame of animals. Apart from this, Rin Tin Tin has also joined Hall of Fame.

(68) Teasing dogs in Oklahoma is considered a crime. If you made the mistake of teasing your dogs there, you will be arrested.

(69) It was previously illegal to raise dogs in Iceland, but now the law has been relaxed.

(70) Dog breeding is also illegal in Iran. When caught doing this, 4 whips are killed as punishment.

(71) Dog barking is illegal after 6 pm in Little Rock, Arkansas.

(72) If your dog barks for 15 minutes in Springfield, Illinois, you could be fined.

(73) Smell smelling dogs cannot be kept at home in Galesburg, Illinois. When doing so, they can ban any type of dog.

(74) It is illegal to give whiskey to your dog in Chicago. You can give alcohol, beer or other alcoholic beverages. There is no denying it

(75) The Tibetan Spaniels, a dog breed found in China, is the first choice of Buddhist monks for guarding. These dogs sit high above the walls of the monastery and bark at the signal of intruders.

(76) The German dog Great Dane once urinated and diffused a bomb. He was awarded two Blue Cross Medals for this heroic feat.

(77) If the dog shakes its tail on the right side, it means that it is happy. Moving the tail on the left means it is sad.

(78) A male dog usually likes to play with a female dog. But a female bitch does not discriminate between the sexes. According to scientists this is because Bitch as a mother has to take care of dogs of both sexes.

(79) According to a study of the University of Vienna, dogs in general prefer men more than women.

(80) Dogs always sleep by curl. They do this to keep themselves warm at bedtime and to protect their vital organs.

(81) Dogs exhibit 4 times more aggressive behavior when taken by a male repeatedly. Researchers believe that dogs are able to learn / learn about the feelings and aggression of a person walking.

(82) All dogs understand the power of barking, because by doing this they get the attention of their owner. Whether it is positive or negative. They often bark to grab their boss’s attention.

(83) A dog can understand the magnetic field of the Earth. This is a big reason that they find their house very easily.

(84) If the Earth’s magnetic field is permanent, dogs will stand in the north-south direction and urinate.

(85) Male dogs lift their feet up while urinating because they want to leave their urine mark as high as possible. This makes them feel that they are long and dangerous.

(86) The first animal to go into space was a Russian bitch named Laika, who was sent to space by Soviet Russia in the year 1958. But he died due to excessive heat in the spacecraft.

(87) In the year 1980, two dogs named Belka and Strelka were sent to space and successfully brought back.

(89) A war between Greece and Bulgaria took place only because the Greek dog crossed the border of Bulgaria.

(90) The United States (USA) has the largest number of dogs – approximately 7 million dogs. Here one in three families have a pet dog. The second order comes in Brazil, followed by China.

(91) Dog dogs were kept by more than half of US presidents.

(94) Russians trained dogs to go on suicide missions during World War II. They tied bombs on their backs and left them towards the enemy soldiers.

(95) The popular Phrase ‘raining cats and dogs’ originated in the 16th century in England. It was believed that at that time many cats and dogs had died during the heavy storm.

(96) Kublai Khan of the Mongol Empire had 5,000 Mastiff dogs at one time. This was the highest number of dogs raised by any one person.

(97) Dog owners do not have the problem of high BP.

(98) If your dog has gone out of the house, instead of chasing him, lie down on the ground and pretend that you are hurt. Your dog will come back to see you.

(99) Dogs may get jealous when the dog’s owner shows affection towards someone else.

(100) Dogs are often seen running behind vehicles. Actually dogs decide their area by urinating on the tires of the trains. When that car passes through another locality, the dogs there do not bear the smell of urine and they run after the car.

(101) Whistling Dog Hindi Name: Whistling Dog is called ‘Sonkutta’ or ‘Vanjukkur’ (Cuon Alpinus) in Hindi. It is found in South Asia and Southeast Asia. Among many places, it is also called ‘Dhol’. It has many other names in the native language, such as red monster, wild monster. Where it is also known as ‘Ram Dog’ in Bengali language.