Ebola is the name of a dangerous virus and virus that causes a serious illness. This disease is called Ebola virus disease. If a person becomes infected with the Ebola virus, there is very little chance of survival. 90% of patients suffering from this disease die. 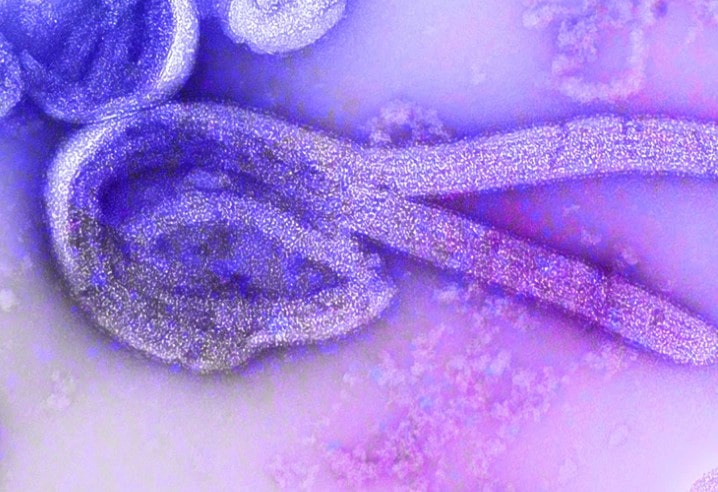 The virus was first identified in 1976 in a village near the Ebola River in Africa. The virus got its name Ebola after the Ebola River itself. At that time the infection was spread in some areas of Sudan and Congo. After that this disease has been exposed many times.

According to the WHO, the source of the Ebola virus is probably bats. It spreads throughout the body within 2 to 21 days after getting contact with virus. This is the main causes of exit the cytokine protein from the body.

In the year 2014, Ebola caused around 930 deaths in African countries Guinea, Sierra, Leon and Nigeria. The country of Liberia was declared an emergency because of this disease.

When a person comes in contact with Ebola virus, he gets this disease. Apart from sweat, saliva and blood of a patient suffering from Ebola, this virus can also enter you through breath. The infection is also confirmed by the patient having sex.

Ebola infection can be caused by direct exposure to animals and infected animals such as chimpanzees, bats and deer, except humans.

Even the funeral of an Ebola victim is not endangered. Touching the dead body can also cause infection.

How to avoid the Ebola virus

By the way, there is no specific danger of Ebola in India. But if you are in an area with Ebola epidemic, then keeping yourself alert is the best solution. If possible, you should immediately go out of such a place. You should keep a distance from unknown persons.

In epidemic areas, we should make distance from bats and monkeys and should avoid eating the flesh of wild animals.

According to the WHO, treating doctors should wear gloves and masks and wash their hands from time to time.

At present, there is no permanent cure for Ebola virus disease. Neither any medicine can be made, nor anti-virus. Efforts are being made to develop a vaccine for this treatment, which may hardly be successful for the next several years.

The Ebola virus victim is diagnosed and treated separately after being detected.  An attempt is made to maintain oxygen levels, water level and blood pressure in the patient’s body.