You must have seen the horse, the horse has been associated with us for several thousand years. You can also get information about the horse in the famous and popular text named Mahabharata and Ramayana. In this way, this animal has become a pet of humans and has mixed with humans for thousands of years.

By looking at a horse, have you ever felt that how many types of horses will there be in the world? How is this animal so strong? Today we are going to tell you about some interesting facts about the horse. 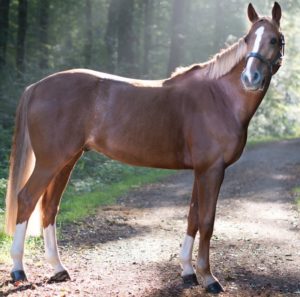 (2) There are more than 300 breeds of horses. The Arabic breed is considered to be the oldest surviving breed of horses, about 4500 years old. Arabic horses have one bone less in the rib than others.

(3) In several footage, the horses have been seen smiling. Actually, doing this increases the sniffing power of the horses. Horses also make different faces to express their mood like humans.

(4) If the back of the horse’s ear feels cold, then understand that the horse is feeling cold.

(5) The first book written on horses is ‘Shalihotra’ This book was written before the Mahabharata period by the sage Shalihotra.

(6) It is impossible for horses to vomit. They cannot kill belching like humans. Therefore, the biggest cause of death of horses is abdominal pain.

(7) Horses start walking properly only a few hours after being born.

(9) When the male horse and the female zebra have sex, ‘Zabroids’ are born. You can see the picture below. 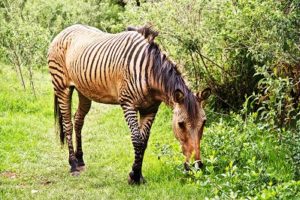 (10) Horses participating in Olympics travel in business class. They have their own passports.

(12) Traffic in London still operates at the same speed as the horse used to travel 100 years ago.

(13) 8 crore horses were killed in WW1 ie World War I. Those who survived were declared unfit for some other work and sent to the slaughterhouse in Belgium.

(21) Even today in the forests of southern Africa, horses are found in very large herds. A herd has one male and several females.

(22) A herd horse considers one horse as its leader and follows its instructions. A herd horse does not disturb the life and peace of another herd.

(23) Once upon a time the ancestors of horses, donkeys, zebras and mules were the same.

(24) In some kind of crisis, the males surround the females from around and face the enemy.

(25) The first book on horse written in history is ‘Shalihotra’, which was written by Shalihotra sage long before Mahabharata period.

(26) The horse of 6 million years ago was only 14 inches tall and weighed only 5 and a half kilos. It is called Eohippus.

(28) If you want to measure the length of a horse, then you have to see the length from the ground to its wing. If measured by the head, it will come separately at different times.

(30) Around 160 breeds of horses are found in the world. The Arabic horse is the best among them.

(31) Horses can sleep both ways while standing and lying down.

(32) Among the living creatures, the eyes of the horse are the largest.

(33) Horses has short term memory, due to which he does not think much about the future.

(35) The hoofs of horses and nails of human are made of the same type of protein.

(36) There are an estimated 6 crore horses in the world.

(37) The horse is called Stallion (stallion) and the mare in English as Mare.

(38) The teeth of a horse occupy more space than the brain in his head.

(40) Horses can only breathe through the nose. Not by mouth like humans.

(41) There was not a single horse in Australia before 1788. No horse skeletons have also been found in Australia.