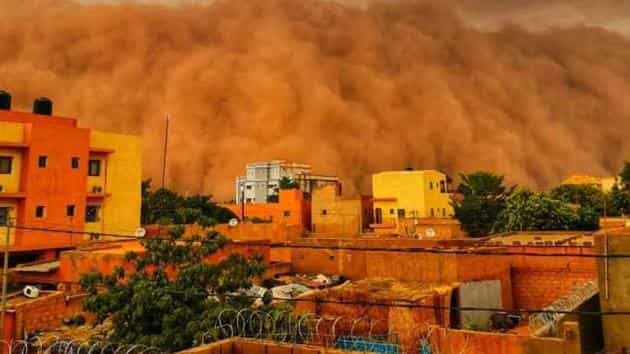 1. Sandstorms can cover the entire city.

3. You will find more spiders at your home than usual during the mild autumn season.

4. A heatwave can bend the tracks of a train.

5. A drop of rain can be the size of a domestic fly and it can fall on you at a speed of 30 kmph.

6. On 5 July 2001, there was scarlet rain in our state of Kerala. The mystery of this red colored rain has not yet been revealed.

7. Once, 900 pythons escaped from a Zoo in the US state of Florida due to a hurricane.

8. In the event of floods, insects start coming out of the land.

9. Antarctica can have so much snow that you cannot see your hand in front of your face.

11. Some frogs start making noise just before it rains.

12. A sandstorm buried hundreds of soldiers in the Egyptian desert in 525 BCE.

14. Cats and dogs have the power to perceive tornadoes coming from far away.

15. The wind does not make a sound unless it is moving against an object. 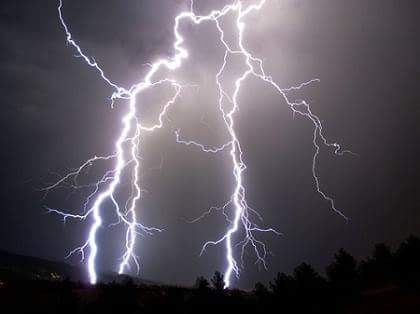 17. The clouds thunder loudly every second on the earth 1800 times and 100 times the lightning falls.

18. Every minute of the earth there is rain equal to 1 million tons of weight.

19. One molecule of water lives in the Earth’s atmosphere for an average of 10–12 days.

20. The highest rainfall in the world is in the Mansiram region of the state of Meghalaya, India, where the rainfall is more than 11 meters.

21. The highest recorded temperature on Earth so far is 56.7 ° C (134 ° F). The figure was recorded at a location called Greenland Ranch in the Death Valley of the US state of California.

22. The country most affected by tornadoes is the United States, which faces an average of 1200 tornadoes every year.