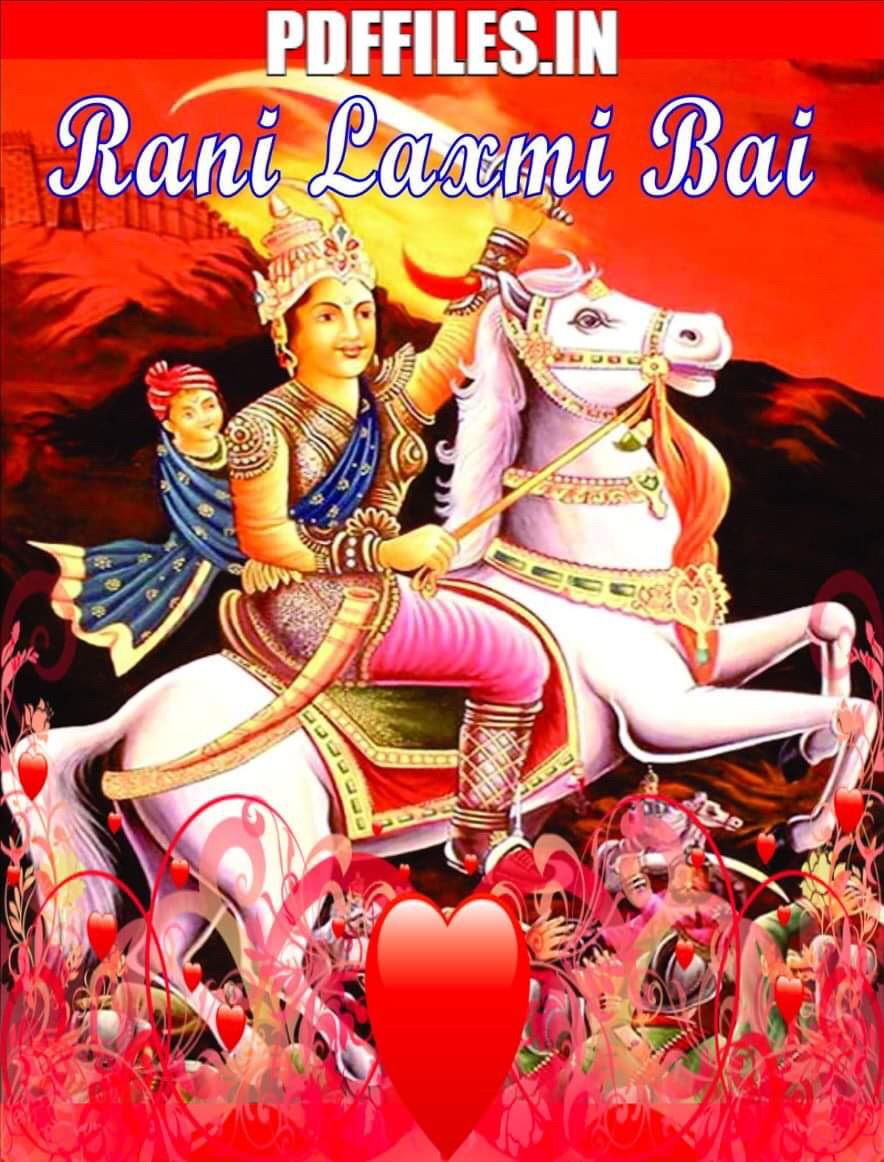 Lakshmi Bai was a Maharashtrian Brahmin born sometime around 1828 at Kashi (presently known as Varanasi). Mannikarnika (Manu) was the name of Rani Lakshmi Bai in her childhood. Manu lost her mother at the age of four. The complete responsibility of the young girl fell on the father. She completed her education and also learned horse riding, sword fighting and shooting.

She was married to Raja Gangadhar Rao , the Maharaja of Jhansi in 1842, and became the queen of Jhansi. After their marriage, she was given the name Lakshmi Bai. In 1853 Gangadhar Rao fell very ill and he was persuaded to adopt a child. To ensure that the British would not be able to contest the adoption, the Rani had it witnessed by the local British representatives. Maharaja Gangadhar Rao expired the following day. After the death of Maharaja Gangadhar Rao, she was left alone. But she did not lose her courage. She always remembered her responsibility.

At that time Lord Dalhousie was the Governor-General of India. Though little Damodar Rao, adopted son of late Maharaja Gangadhar Rao and Rani Lakshmi Bai was Maharaja’s heir and successor as per the Hindu tradition, the British rulers rejected Rani’s claim that Damodar Rao was their legal heir. Under the Doctrine of Lapse, Lord Dalhousie decided to annex the state of Jhansi as Maharaja Gangadhar Rao had left no legal heir.

Rani Jhansi was determined not to give up Jhansi. She proclaimed her decision with the famous words :Mi mahji Jhansi nahi dehnar (I will not give up my Jhansi).She strengthened the defense of Jhansi and she assembled a volunteer army of rebellions. Women were recruited as well as men and given military training. Rani was accompanied by her generals. Many from the local population volunteered for service in the army ranks, with the popular support for her cause on the rise.

The Britishers attacked Jhansi in March 1858. Rani Jhansi with her faithful warriors decided not to surrender. The fighting continued for about two weeks. Shelling on Jhansi was very fierce. In the Jhansi army, women were also carrying ammunition and were supplying food to the soldiers. Rani Lakshmi Bai was very active. She herself was inspecting the defense of the city. However, after this Great War, Jhansi fell to the British forces.

On that black day, the British army entered the Jhansi City. Rani Lakshmi Bai, still full of courage and deathless patriotism dressed as a man, took up arms, her son Damodar Rao was strapped tightly to her back. She was holding the reins of her horse in her mouth. In the fierce fighting she was using the sword with both her hands. When the situation was not in control, Rani of Jhansi with some of her warriors departed from Jhansi.

Rani Lakshmi Bai reached Kalpi. Many other rebellions force joined her. Tantya Tope from Kalpi was also one of them. From Kalpi Rani departed to the Gwalior. Again a fierce battle took place. Rani Jhansi fought with deathless patriotism and martyrdom. However on the second day of fighting, the great heroine of the first struggle for India freedom, in 1858, at the age of 30 years, lost her life. Because of her unprecedented bravery, courage and wisdom and her progressive views on women’s empowerment in 19th century India, and due to her sacrifices, she became an icon of Indian Nationalist Movement. Click here for World’s Best 10 YouTube Educational Channel and Durga Chalisa