Kalidasa is absolutely fascinating and interesting Sanskrit poet of India. Although the exact time of her fame is not known, it is speculated that he survived in the 4th or 5th century. The biography of the great Indian poet Kalidas gives us detailed information about the places he traveled and the kind of life he enjoyed. To learn more about Kalidasa, continue reading this blissful biography on him. 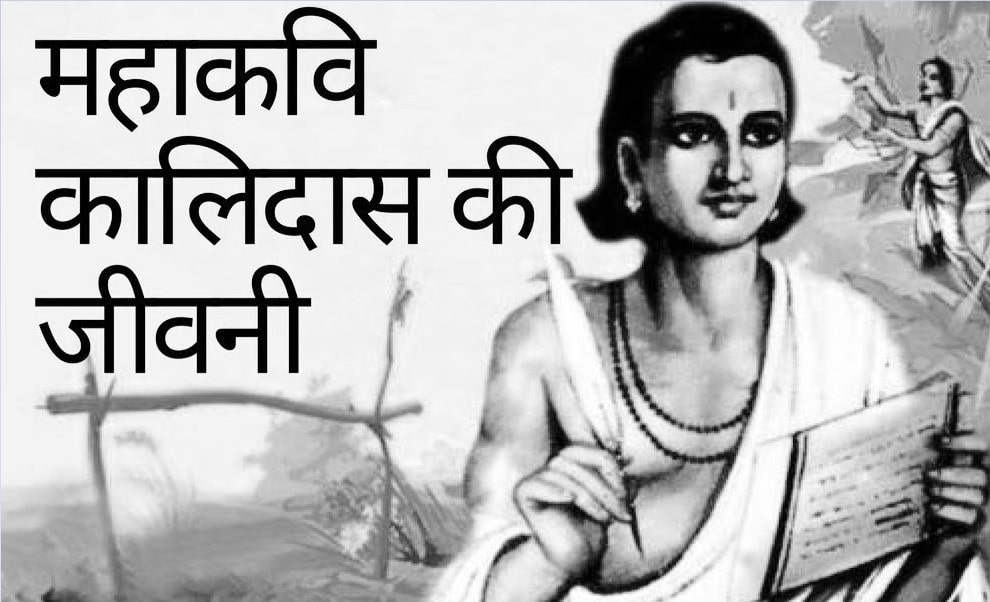 The novels and texts related to the biography of Kalidasa mention that Kalidas was the ultimate worshiper of mother Kali. Due to which he was named Kalidas, which means one who serves Kali. It is said that Kalidas used to subdue everyone through his creations. Once who read Kalidasa’s compositions. He used to drown in it. They had similar costumes. It is said that if anyone saw Kalidas once. So his eyes just kept on him. Kalidasa’s design was very different, having a very different kind of image. Kalidas was one of the nine jewels in the court of King Vikramaditya.

Controversy Over Birth Of Kalidas

When was Kalidasa born? There is nothing clear about this. Different scholars make different claims about their birth. It is believed that from 150 BCE to 450 CE, Kalidas must have lived on the earth. Another research has claimed that Kalidas will be born in Gupta period. The reason behind this is that in Kalidas, he wrote a play by making the second Sunga ruler Agnimitra a hero. It is named ‘Malavikagnimitram’ and Agnimitra ruled in 170 BC. According to research, it is claimed that Kalidas must have been born in this era.

There is nothing clear about the place of birth of Mahakavi Kalidas as at the time of his birth. He has described the city of Ujjain in Madhya Pradesh quite a lot in his Khandakavya Meghdoot. Therefore many historians believe that Kalidas must have been a resident of Ujjain.

At the same time, some writers believe that Kalidas was born in Kaviltha village in Rudraprayag district of Uttarakhand. A statue of Kalidas has also been installed by the Government of India. Along with this, an auditorium has also been constructed here. A 3-day literary seminar is organized every year in June in the auditorium. In which many scholars from all over the country and abroad arrive to participate.

Kalidas’s childhood And His Marriage

It is said about Kalidas that he was illiterate as a child and did not understand things. Later, due to social persecution after being insulted by his wife, he became a great scholar and got the status of Hindi poet.

It is mentioned in the history that Kalidas was married to the widow of the princess by chance. Princess Viddhottama vowed that whoever would defeat them in debate. She will marry the same but when no scholar could beat Vidhutma in the scriptures to get married, then the scholars took revenge from the princess Vidhotma and got married to Princess Vidhotma, deceitfully.

How Vidhotma and Kalidas Got Married

During the examination of the debate, Princess Vidhotama used to ask deep questions in silent vocabulary. In Kalidas, he answered these questions in silent gestures with his intellect. The princess first opened her hand and showed Kalidas. Upon which Kalidas felt that the princess was talking about slapping him. In response, Kalidas showed a punch. On seeing this, Princess Vidhotma felt that Kalidas is saying that the five senses may be different but all are governed by the same mind. The princess was impressed by the answer and he married her. But later when she came to know that Kalidas is a fool, the princess insulted Kalidas and separated from him.

Prince Vidhotma came to know about Kalidasa’s retard. So she became very angry and unhappy. She kicked Kalidas out of the house and told him not to return home till he became a true Pandit.

Kalidas was greatly humiliated by the princess’s curse and, frustrated, left home with the resolve that he would show up as a true pundit and scholar. With this resolve, he started worshiping Kali Maa with a sincere heart. It is said that with the blessings of Kali Maa, he became a supreme scholar and scholar of literature. He later returned home and called his wife. It was only by his voice that Princess Vidyottama realized that a learned person had come to the door.

But later Kalidas renounced family life. In the same way, after his wife’s rebuke, Kalidas attained supreme knowledge and became the greatest poet of the world. Today he is counted among the best poets in the world. Not only this, no other poet has yet been able to compete with Kalidasa in Sanskrit literature.

Conclusion – Kalidas is counted not only in India but among the best writers of the world. No one has been able to compose in epic and lyrical poetry like Kalidasa.