Nightingale is a small bird known for its sweet voice. Its songs can be heard both day and night but you will mostly hear at night. This bird can sing in 200 different tunes. Let us tell you many more interesting facts related to Nightingale or Bulbul. 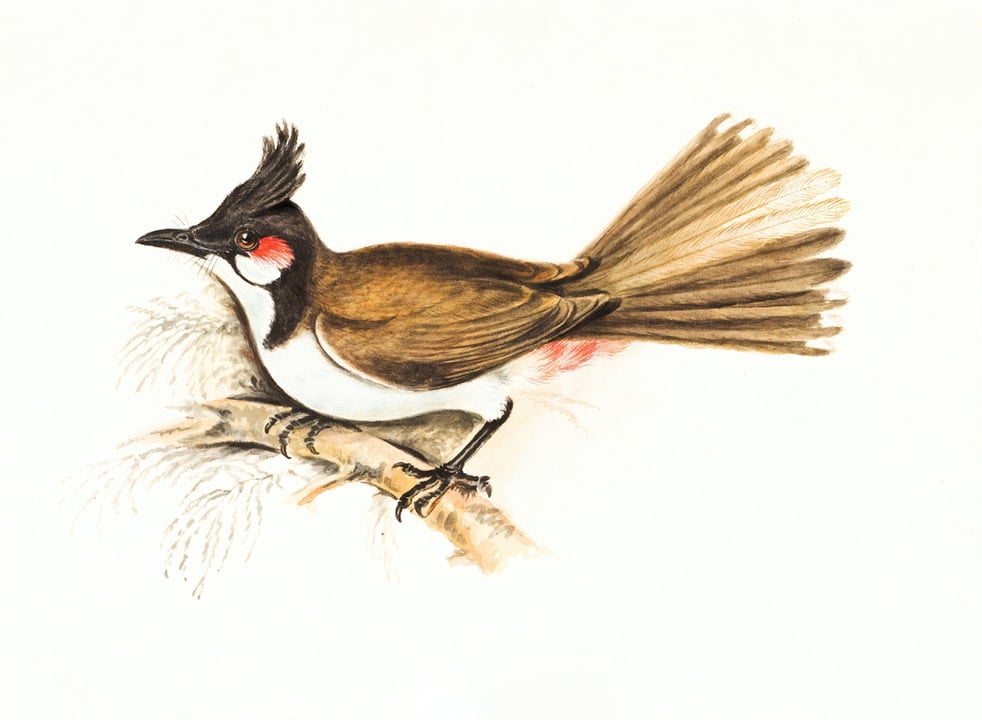 2. ( Nightingale or Bulbul ) has a brown beige or dirty yellow and green color. It is easily recognizable due to its slim body, long tail and raised peak.

3. These birds can range in size from 14 to 28 centimeters. The female Nightingale is slightly smaller than the male.

5. Due to the tendency of Nightingale to quarrel, many people raise it. But they are not kept captive in a cage, but are tied with a rope with an iron rod. This rod resembles the English letter T and is called Chakkas.

6. Over 1700 species of nightingale are found worldwide. Some species are also called greenbul and brownbul.

7. Many species of Nightingale are also found in India such as

8. This bird is found only in Asia, Africa and Europe. It is not found at all in the American continents.

11. Female Nightingale can lay 5 to 6 eggs at a time. After 15 to 20 days, children start coming out. Males provide food to females during the time of hatching.

12. The young chick remains in the nest for 10 to 12 days after hatching. During this time only their parents provide food to them.

13. The chicks learn to fly within 3 to 5 days after leaving the nest and after this they become self-sufficient.

14. Nightingale is the national bird of Iran.

16. In olden times, Nightingale were captured from the forests so that they could be sold in a cage. But this business did not go on because Nightingale lives in captivity for a very short time.