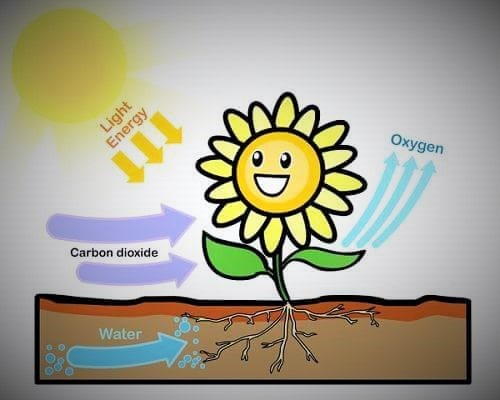 Photosynthesis is a process in which plants prepare their food by synthesizing water and carb nioxide with the help of chlorophy present in their leaves and green parts in the presence of sunlight. Water and carbon dioxide are used as raw materials, while this plant food is made up of sucrose, glucose and starch.

The process of photosynthesis takes place in the leaves and green parts of trees. The leaves have small holes called Stomata. Carbon dioxide enters the plant only with the help of stomatas.

Cells of plants have small structures called Chloroplast. Chlorophyll is present in the chloroplast itself.

Glucose is the energy of the plant that it uses and stores the rest as starch.

6 molecules of oxygen enter the atmosphere through stomata. This oxygen produced in the process of photosynthesis is made up of water molecules and not carbon dioxide molecules.

If we call the photosynthesis process the most important biochemical reaction in the world, then it would not be wrong because all the organisms of the world directly or indirectly depend on it.

(1) Receipt of food – You get to know that plants get food through photosynthesis process. But it also provides food to those organisms who survive by eating leaves of plants. All types of crops also ripen only after they become green because they too are a kind of plant. In this way, humans also get food only due to photosynthesis.

(2) Helps in environmental balance – Due to the action of photosynthesis, plants take up carbon dioxide and remove oxygen, thus purifying the atmosphere. Every year, plants convert about 1 trillion tonnes of carbon into biomass every year.

(3) Source of energy – Photosynthesis is also helpful in making biofuels such as the green fodder that animals eat, we get cow dung from which we can get energy. Coal and petroleum are also the result of photosynthesis because they are formed due to the decaying of living organisms and trees millions of millions of years ago.