Perhaps Alexander was the first king of history to dream of conquering the whole world. To fulfill his dream, he came from Greece, conquering Egypt, Syria, Bactria, Iran, Afghanistan and present-day Pakistan, to the Vyas river.

Even though it is taught in history that Alexander’s army was tired of constant war and did not want to fight any more war. There may be some truth in this matter, but the real fact was that the Hindu republics and districts in front of the Vyas river forced them to return.

During Alexander’s victorious campaign, his historians lived with him, who scribbled his successes, hid the atrocities, and turned the losers into victories. But today we will tell you 9 truths about the life and wars of this so-called globalist, which in your view will break the illusion of its greatness. 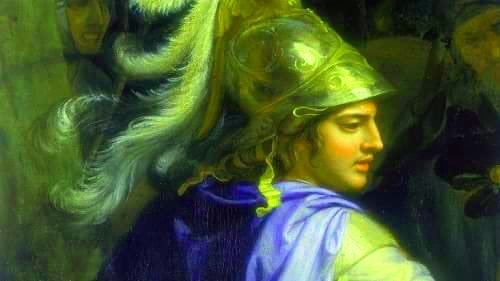 (1) The king was made by killing his brothers – Alexander was born in 356 BC in Macedonia, Greek. His father, Philip, was the king of Macedonia who had performed many marriages. In 336 BC, when Alexander was 19 – 20 years old, his father Philip was killed. It is also said that Alexander’s mother Olympia killed her husband by poisoning him. After his father’s death, Alexander slaughtered his stepchildren and cousins ​​to gain the throne and became king of Macedonia.

(2) Arastu had shown Alexander’s dream of winning the world – Arastu was Alexander’s Master. The importance of Arastu can be gauged from the fact that wherever philosophy, mathematics, science and psychology are taught all over the world, there is definitely a mention of Arastu’s thoughts and scientific experiences, even if one – be in half line.

Arastu did the job of improving a talented person like Alexander. Many historians believe that it was Arastu who aroused Alexander’s dream of winning the whole world. This can be gauged from the fact that Aristotle’s nephew Kalasthenes also accompanied him as a commander during Alexander’s victorious campaign.

After the two smaller state followed by Turkey, there is a large persain empire. The Persian Empire extended from Egypt to Iran to northwest India. It is noteworthy that the Persian Empire was some 40 times larger than Alexander’s own empire.

After the victory, he took out a grand procession and started calling himself a world conqueror because by conquering Persia he had conquered 60 percent of the land which was known to the ancient Greeks. On reaching India, he had to fight with small states, subedars and tribes besides Shah Dara in which he won.

(4) Alexander’s combat skills – It was amazing of Alexander’s ability that his small army used to beat the big armies. Alexander’s war strategies are still taught in the books of Europe. The slinging arms of Alexander’s stones and fireballs – the large arms and long shields of his soldiers played a decisive role in the war.

On many occasions, when Alexander’s army was seen to be weak in the war, Alexander himself would fight forward, which would boost his army’s morale. Alexander’s Yavana army considered him a deity.

(5) Alexander attacks India – Alexander invaded India in 326 BC. At that time India was divided into small states and republics. The kings ruled in the states and the republics had Mukhi Ganpati who used to take decisions according to the wishes of the subjects.

In India, Alexander first encountered Prince Ambhi of Taxila. Ambhi soon surrendered and assisted Alexander. Alexander was stunned to see the wealth offered by Ambhi. He got into thinking that if a small state of India has so much wealth, how much will there be in the whole of India? Seeing the wealth of India, his desire to win India increased.

Here, an overseas attack on India was not seen by Chanakya, a teacher of Taxila University. Chanakya urged all kings to fight against Alexander to save Indian culture, but not all kings came together because of their mutual enmity. Chanakya also appealed to King Dhanananda of Magadha, the most powerful kingdom, but he insulted Chanakya and drove him out of the palace.

After this Chanakya appealed to the republics to be one in which he was quite successful, these republics did much harm to Alexander at the time of his return.

(6) Battle of Alexander and Porus – The most important battle of Alexander was with King Puru or Porus on the banks of river Jhelum. This war is called the ‘Battle of the Pistachio’ or ‘War of the Hydaspace’. Maharaja Puru was the owner of a very large tract including Sindh – Punjab and was famous for his valor.

Alexander’s army had to fight with Porus by crossing the river Jhelum but due to the rainy season the river was flooded and the river was difficult to cross. But somehow the Yavana army reached across the river in the night. On the other side of the river, Raja Puru, with 30, 00 foot soldiers, 4,000 horsemen, 300 chariots and 200 elephants, stood ready to welcome Alexander. Alexander sent a message to Maharaja Porus asking Porus to accept subjection but Porus did not do so.

After this fierce fighting started in both the armies. Raja Puru, whom Yavan himself describes as above 7 feet, broke down on the Yavana army with his powerful army. Alexander and Yavan were frightened by the horrific destruction of the Greeks by the elephants of Porus.

Finally, he sent Porus a proposal to stop the war, which Porus accepted. Both sides entered into a treaty according to which Porus would assist Alexander in the coming war campaigns and Porus would rule over the conquered states in return.

(7) Alexander’s soldiers were battered – Alexander’s army fought the small Hindu republics after the battle with the battered Porus of Alexander’s troops. The battle with the Republic of Kath was very big in this. People of the Kath caste, also known as Katheyoi or Katha caste, were well known for their courage. Kath had once rescued the sixes of the Yavanas, but due to the low numbers he had to face defeat.

The Yavana army had reached the Vyas river after fighting a battle with the Kaths, that it refused to grow. He had heard that the Nandavanshi king across the Vyas river had 20 thousand cavalry, 2 lakh foot soldiers, 2 thousand four horse chariots and about 6 thousand elephants. He was terrified to hear about such a huge army. The opposition he faced in Punjab would have made him aware of what kind of wars he would have to fight in the future.

Alexander wanted to conquer the whole of India but due to the will of his soldiers, he had to return from the Vyas river itself. On his way back, he had to face organized opposition from many heroic Hindu republics like Malav and Chudrak, as Alexander’s plan was to conquer their territories on the go. It is believed that Acharya Chanakya had contributed a lot in bringing all these republics together. All these republics caused great harm to Alexander and defeated his army.

(8) Alexander – A cruel and tyrannical person – In our history books, Alexander is described as a ‘great warrior’ and also that he defeated Porus in battle and returned to his kingdom, pleased with his valor. But according to historians, Alexander never showed generosity. He was a very tyrannical and alcoholic person. He tortured and killed many of his associates for his small mistake. Once upon a time, he killed his closest friend Cleatos. He also killed his father’s friend Perminian. He did not hesitate to kill Kalasthenes, the nephew of his mentor Aristotle.

The famous historian Arrier writes – When Basus, the king of Bactria, was brought captive, Alexander had him flogged and had his nose and ears cut and later murdered.

(9) Alexander’s death – After the breakup of his world conquest dream, Alexander started drinking excessively and became depressed. Alexander lived in India for about 19 months. When he reached Babylon (Iran), he died at the age of 33 in 323 BC. Malaria is said to be the cause of his death.

Conclusion – After knowing the truth of Alexander, it is revealed that he was not a world conqueror nor great. Genghis Khan and other kings had won many more areas than Alexander. He had won only 5 percent of the earth. There is no doubt that Alexander was a skilled warrior and holds an important place in history, but there is no reason why he should be called a ‘world-winner’ or ‘great’ with his name. Does a cruel and murderous person deserve to be called great?