Rhinoceros is the second largest mammal of the animals found on land after elephant. Five species of rhinoceros are found, two of which are found in Africa and three in South Asia. All these species are on the verge of danger due to constant hunting. 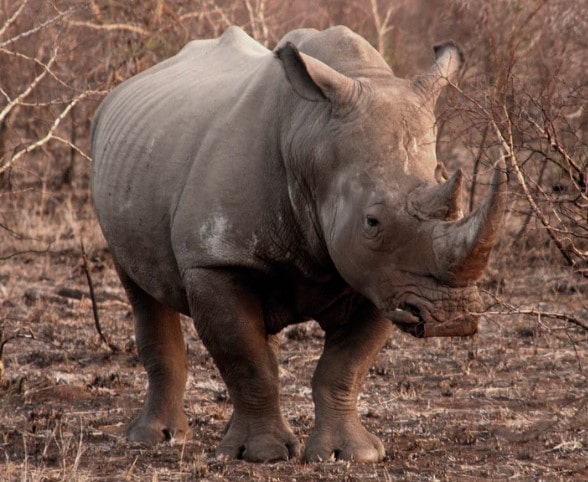 1. Some people use short form of Rhinoceros, which is Rhino.

5. The white rhinoceros found in Africa is not completely white, but their skin color is slightly brown. They have a wider mouth than black rhinos.

8. Indian rhinos outside India are also found in Pakistan, Burma, Nepal and some parts of China.

9. The number of Javan rhinos found on the island of Java in Indonesia is just around 50. This species looks like its body is covered by plates, but in reality it is layers of skin.

10. Sumatran rhinoceros are found on the island of Sumatra, Indonesia. Their count is also left around 275.

11. Although the skin of all rhinos is thick, due to the softening, sunlight can damage it. To protect your skin, the rhinoceros is smeared on it, which protects them from insects except the strong rays of the sun. They also enjoy bathing in mud.

13. The horn above the rhinoceros is not actually a horn. It is a bunch of thousands of thick and strong hair. It is made of the same substance as Katrin from which our nails are made.

14. If the horn of this animal is broken once, it grows again.

16. The length of the largest horn has been measured up to 4 feet 9 inches.

18. The light of the eyes of this animal is not very good, but they have amazing smell and hearing power.

19. The herd of rhinoceros is called Crash in English.

20. Black rhinoceros often fight each other.

22. One surprising thing about the rhinoceros is that if the hunter shoots it, he does not have to spread the legs like other animals. He dies while sitting upright, as if he is sleeping.

23. The female rhino has a gestation period of 14 to 18 months. Two to four years later, the little unicorn leaves her mother.

24. The female gives birth to one child at a time. At birth the rhinoceros does not have a horn on its snout. It begins to grow as we age.