Robert Frost was born in San Francisco, California in 1874. He was His father was an journalists named William Prescott Frost, Jr. and his mother was a Scottish immigrant named Isabel Moody. He was died on 1963.

Robert Frost was a 20th-century American poet, perhaps best known for his poem “The Road Not Taken“. Although his poems are based on the life of rural New England, they address universal themes of good, evil, beauty, happiness, and sorrow. Frost was extremely popular during his lifetime and was selected as the poet laureate of the nation for 1958–1959. 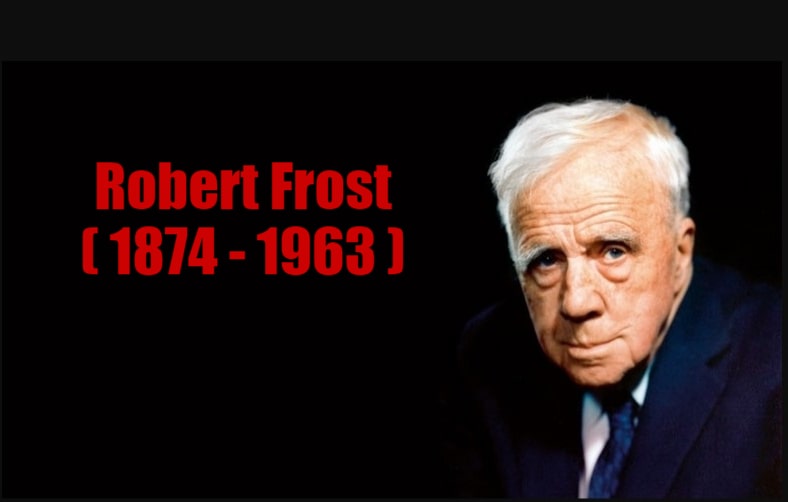 Frost’s father was a teacher and later an editor of the San Francisco Evening Bulletin. After his death on May 5, 1885, the family moved across the country to Lawrence, Massachusetts. Frost graduated from Lawrence High School in 1892. Frost’s mother joined the Swedenborgie Church. Frost met there with his future love and wife, Elinor White, who was his co-valedictorian when they graduated in 1892. In 1894, his first poem was, “My Butterfly” published in a weekly literary magazine based in New York City.

They married on December 19, 1895, and in 1896 had their first child, Elliot. Frost bought a small farm in Franconia, New Hampshire in 1915, but his income from both poetry and farming proved insufficient to support his family, and so he lectured and taught part-time at Amherst College and the University of Michigan from 1916 to 1938.

For a period of more than 40 years beginning in 1921, Frost also spent almost every summer and fall at Middlebury College, teaching English on its campus in Ripton, Vermont. During his lifetime, Frost would receive more than 40 honorary degrees, and in 1924, he was awarded his first of four Pulitzer Prizes, for his book New Hampshire.

Frost’s themes were often based on his observations of ordinary country life surrounded in rural New England. The hardships he experienced and the personal losses he endured (four of his six children tragically died young) imbued his poetry with realism and emotional resonance. While their subjects were simple, the issues involved were complex and reflective.

Frost’s greatest strength was that he wrote using language and subject matter familiar to the general reader. He generally employed traditional rhyme structures and regular meters, making his poems widely accessible to the American public. His simple language, familiar meter and standard use of poetry made his poetry easy to read, remember, and read.