Sachin Tendulkar was born on 24 April 1973 in Nirmal Nursing Home, Dadar, Mumbai. Sachin Tendulkar’s father Ramesh Tendulkar was the most famous novelist in Maharashtra and his mother Rajni was an insurance agent. His father named him Sachin after Sachin Dev Burman, who was his favorite music director. Sachin is the youngest of his 4 brothers and sisters, his elder brothers Nitin and Ajit and then his sister Savita. 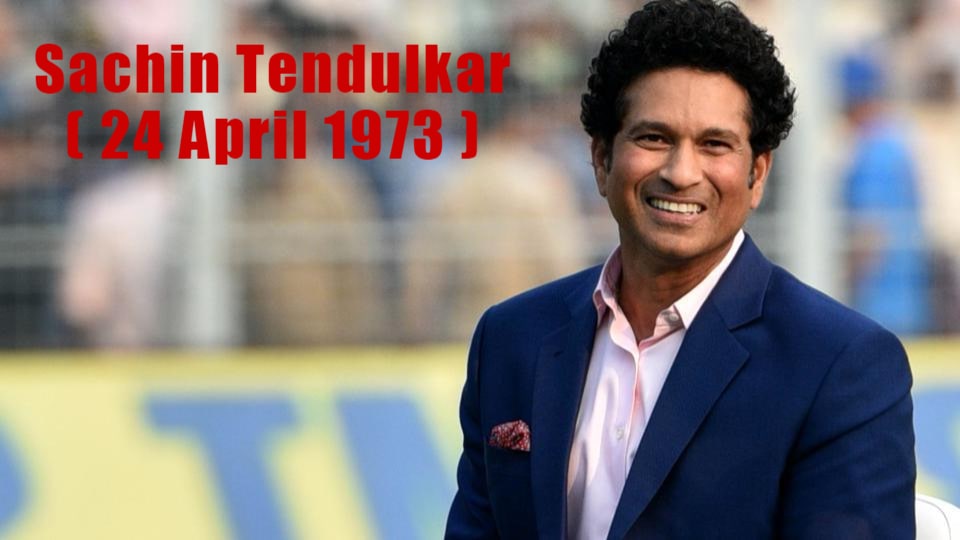 The 5-year-old Sachin had only one passion, cricket, cricket and only cricket. At the age of 5, Sachin used to play cricket with his older children and hit many sixes. Seeing this, his brother Ajit would have been surprised. In 1984, Ajit went to Ramakant Achrekar of Maharashtra with Sachin at the age of 11. From that day onwards Sachin’s fame started becoming a cricketer. And while returning home the same day, Sachin told his brother that I can play well with the rest. This was 11-year-old Sachin’s confidence.

Tendulkar practiced for four hours in a day. To give more time to practice, Sachin decided to stay with his uncle and aunt, who lived near Shivaji Park.

Sachin Tendulkar was selected at the age of 15 in the Mumbai team. In 1988, Sachin played a 100-run knock against Gujarat. And this year, Sachin scored consecutive centuries in Duleep Trophy, Irani Trophy, Ranji Trophy and became the first player to do so.

And at the age of 16, in 1989 in Karachi, Sachin played the first match against Pakistan on behalf of the Indian Cricket team. And Sachin was out after scoring 15 runs. And in the same series, in Peshawar, Sachin got hurt due to the ball hitting his nose, but Sachin did not stop and played the entire match and scored 54 runs.

In 1990, the first century in England took place. And seeing the innings of Sachin in England, Sachin was compared to the great players. Sachin scored 148 runs in the 1991–1992 Australia tour. And had replaced the opener in the Indian team in 1994. On 25 May 1995, Sachin married Anjali Tendulkar.

In the 2003 Cricket World Cup, Sachin scored 673 runs in 11 matches, which led India to the final but lost to Australia. But Sachin was awarded the Man of the Tournament award.

But in 2005-2006, Sachin got a complaint of tennis elbow. It is believed that Sachin will now retire from cricket. But coming out of his difficult time, Sachin returned to the Indian cricket team in 2007 and completed 11,000 test runs. In the Border-Gavaskar Trophy, 2007–08, scored 493 runs in 4 Tests.

Sachin once again performed very well in the 2011 World Cup and scored 482 runs, which also had two centuries. India defeated Sri Lanka to win the World Cup and it was Sachin’s first World Cup.