Sarojini Naidu was born on 13 February 1879 in Hyderabad to a Bengali Hindu family. His parents’ house was in Bikrampur, which now comes in Bangladesh. His father Aghorenath Chattopadhyay was a scientist and educationist. He founded the Nizam College in Hyderabad. His mother Barada Sundari Devi Chattopadhyay, was a poet and used to write poetry in Bengali. Sarojini was the eldest of eight siblings. 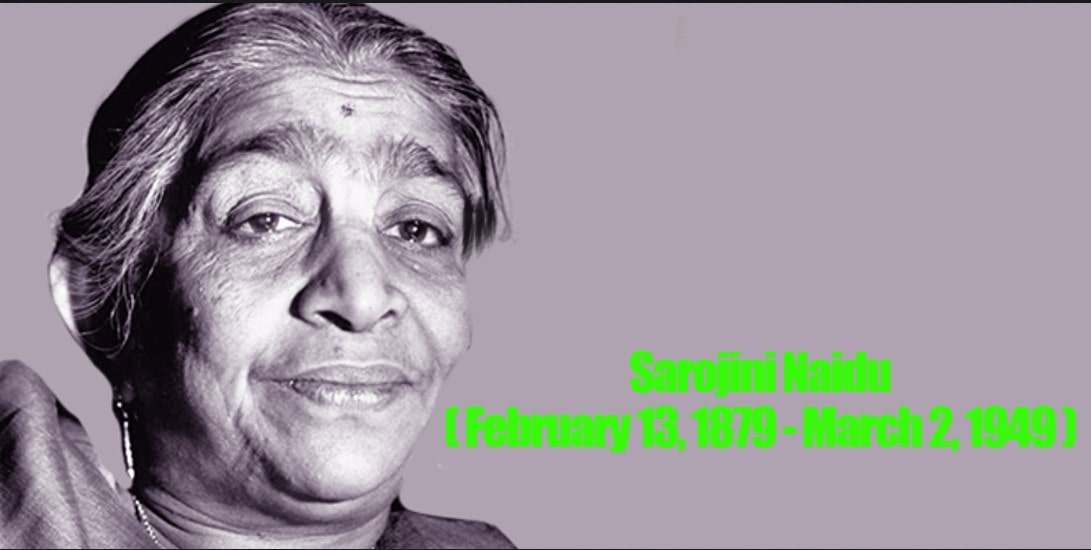 When Sarojini was in college, he met Dr. Govindarajulu Naidu, who was a doctor and both of them finished their college studies, then they told that they have started liking each other.

He married her in 1898 when he completed his studies at the age of 19, while interracial marriages were rare at the time and such marriages were considered a crime in Indian society. However, the couple’s successful marriage prevented people from interfering in their personal lives and the two families gave permission. Sarojini Naidu’s children were named Jayasuriya, Padmaja, Randhir and Lailamani.

He participated in the national movement and became a follower of Mahatma Gandhi and fought for the attainment of Swaraj. A brilliant student, Sarojini was selected in the 12th in the Madras University where she received both acclaim and fame.

Sarojini Naidu was the first woman president of the Indian National Congress to be called Bharat Kokila. She was also declared the first woman governor after independence.

Sarojini Naidu was a famous poetess, freedom fighter and also a great orator of her time. He was also known as Bharat Kokila.

Sarojini was completely different from ordinary women, she always had the courage to do something, so she continued her writing work even after marriage. At the same time, fans of his poems were also gradually increasing and his popularity started increasing. She was a master of writing poetry, had a good understanding of literature.

Let me tell you that great people like Jawaharlal Nehru, Rabindranath Tagore were also included in his list of fans. Sarojini used to write her poems in English as well. His poems also give a unique glimpse of the culture of India. When the great poet Sarojini Naidu met the great freedom fighter of India, Gopal Krishna Gokhale, his life changed a lot. In fact, Gokhale asked Sarojini Naidu to show the strength of his pen in the freedom struggle.

She went from village to village explaining her rights to women and encouraged them to move forward with their ideas. Along with this, he also raised his optimism for women empowerment and their rights.

In the year 1916, when she met Mahatma Gandhi, the father of India, she was very impressed with his thoughts and her thinking completely changed. Sarojini had started to consider Mahatma Gandhi as his ideal, he took his inspiration from Gandhiji and used his full strength to liberate the country.

Not only this, she also went to jail with Gandhiji in the Civil Disobedience Movement. In the Quit India Movement of 1942, he also had to stay in jail for 21 months, during which he also had to face many kinds of torture. Thus he spent many days in jail during the freedom struggle and performed the duty of a true patriot.