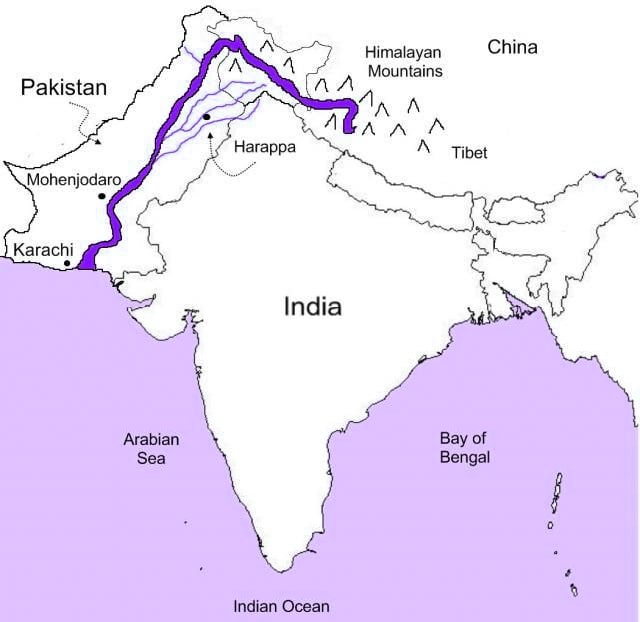 The name of the river Indus is described in ancient Sanskrit texts as ‘Sindhu’. This word means ‘ocean or large group of water’. The people of Iran started calling it Hendu. The name came from the Iranians to the Yunani (Greek) people, who changed it to ‘Indos’ and the Romans started calling it ‘Indus’.

Some linguists say that the Indus River means ‘boundary or edge’ rather than ‘ocean or large group of water’. In ancient times, the Indus River served as a border or border between Iranians and Indians.

The importance that this river held in ancient India can be gauged from the fact that the word ‘Sindhu’ is found 176 times in some way in the First Veda, the Rigvedic.

The name of India came from the Sindhu River

The name of India derives from the Indus River. As we have told you that the Greeks and Romans used to call the Indus River Indos or Indus. So he started calling India, which means – ‘Country of the River Indus’.

The name Hindustan or Hindu is also derived from the name of this river itself. Because many people coming to India from the west called the Indus River as ‘Hendu River’. So he started calling people living across the Indus river as Hindus and calling his country Hindustan, which means – ‘place of Hindus’. At present, even though people of many other religions reside in India, there used to be only Hindu religion in India 1000 years ago.

The 5 rivers because of which Punjab is named, are all found in the Indus river in Pakistan. These 5 rivers are – Jehlum, Chanab, Ravi, Vyas and Sutlej. These five rivers, including Sindhu, go to Pakistan only through India. In the year 1960, Indus Water Agreement was signed between India and Pakistan in which the water of all 5 rivers of Indus and Punjab was divided. In this, Pakistan got 80% of the water from the rivers, while India got only 20%.

Other things related to Indus River

Indus river irrigates an area of ​​about 11, 65, 000 sq km. It flows 243 cubic kilometers of water every year. This amount of water is more than twice the world’s longest river Nile. In this case, the Indus is the 21st most flowing river in the world.

The weather greatly affects the flow of the river Sindu. In the winter, where its water gets very less, then in the monsoon rainy season, its banks get flooded. The waterways of the Indus River have been changing from time to time due to earthquakes and other natural changes.