Padmanabhaswamy Temple is a famous temple of Lord Vishnu located in Thiruvananthapuram, the capital of the state of Kerala. The Padmanabhaswamy temple is one of the main sites of worship for Hindus.

This temple of Lord Vishnu is famous for its antiquity and the other for its wealth. When its cellars were opened in the year 2011, everyone’s eyes got torn due to the gold and silver found in them. This temple became a topic of discussion in the country and abroad. Since then, everyone wants to know about this temple and especially its treasury. If you are also one of them, then you are in the right place.

In this post, we will tell you many interesting and informative facts about Sree Padmanabhaswamy temple and its treasury. 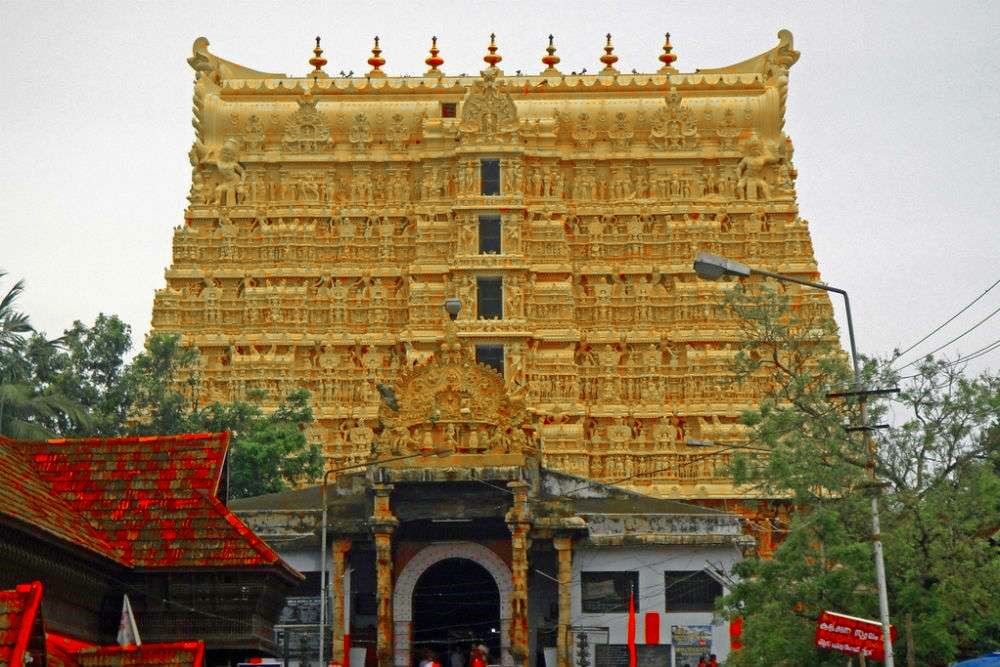 1. There is no clear information about when the Padmanabhaswamy Temple was first built. However, this place is mentioned in many Puranas including Mahabharata. The first mention of the temple is found in the texts of the 9th century.

2. The structure of the temple is constantly improving, the present Padmanabhaswamy temple was built in 1733 AD by the then King Martand Varma.

3. King Martand Verma donated all his wealth to the temple and ruled himself out by declaring himself to be the representative of God. Even today, the temple is run by a private trust under the care of the royal family of King Martand.

Important information related to the temple

4. There is a huge statue of Lord Vishnu inside the temple in which Lord Vishnu sits in a sleeping posture on Sheshnag. Millions of devotees come from far and wide to visit this idol.

5. Here the resting state of Lord Vishnu is called ‘Padmanabha’, on which this temple got its name.

6. The temple is just a kilometer from the railway station of Thiruvananthapuram. On one side of the temple is the sea shore and on the other side the beautiful hills of the Western Ghats.

7. Only Hindus can enter the Padmanabhaswamy temple, irrespective of their caste.

8. To enter the temple, it is mandatory for men to wear dhoti and women to wear saree.

9. In the year 2011, when 5 of the 6 cellars of the temple were opened, they got assets worth about two lakh crore rupees in the form of gold and silver. Some of the main items received are as follows.

10. The sixth cellar of the Padmanabhaswamy temple has not been opened yet and the Supreme Court has also banned its opening. It is said that this cellar has more wealth than the rest of the cellar and its cave goes to the sea coast.

11. You will be surprised to know that there is no latch nor bolt in the sixth cellar. It is said that a perfect man of the 16th century, a yogi, an ascetic can only open this gate by making a pure pronunciation of the ‘Garuda Mantra’.

12. There is a picture of snakes on the sixth cellar gate indicating that they are protecting the cellar. Some people also say that this also means that something inauspicious can happen by opening this cellar.