The Taj Mahal is a historic building in the city of Agra in the Indian state of Uttar Pradesh. The popular belief is that it was built by the Mughal emperor Shah Jahan in the memory of his wife, after her death. In this post, I will tell you many fun things about Taj Mahal. 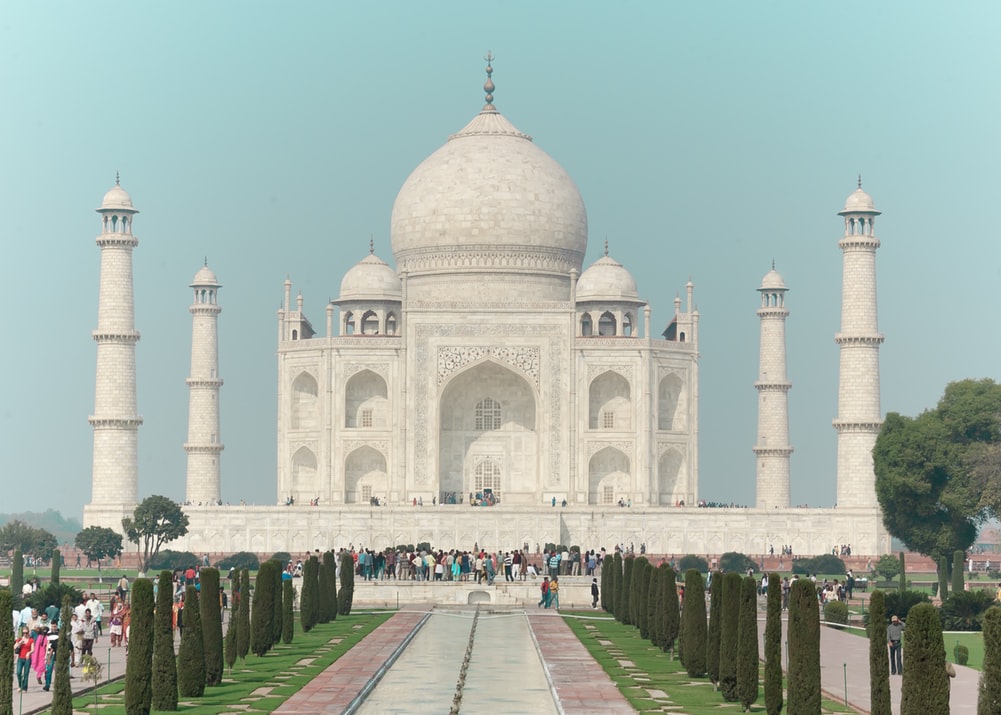 1. Do you know that there is no evidence that the Taj Mahal was built by Shahjahan.

2. Construction of Taj Mahal started in 1632 and lasted till 1653. Thus it took 22 years to build Taj Mahal. Apart from India, there were also workers from Persia and Turkey.

3. There is a tower in every corner of Taj Mahal. These four minarets balance the tomb.

4. These four minarets are 41.6 meters high and have been given a slight tilt on the outside so that these towers do not fall on the tomb in the disaster like earthquake and fall outwards.

8. The fountains which are connected between the main routes leading to the Taj Mahal are not connected by a pipe, but a copper tank under each fountain. All these tanks fill at the same time and release water simultaneously when pressure is created.

9. 40 lakh people visit the Taj Mahal every year. Out of this only 70 percent are Indians. 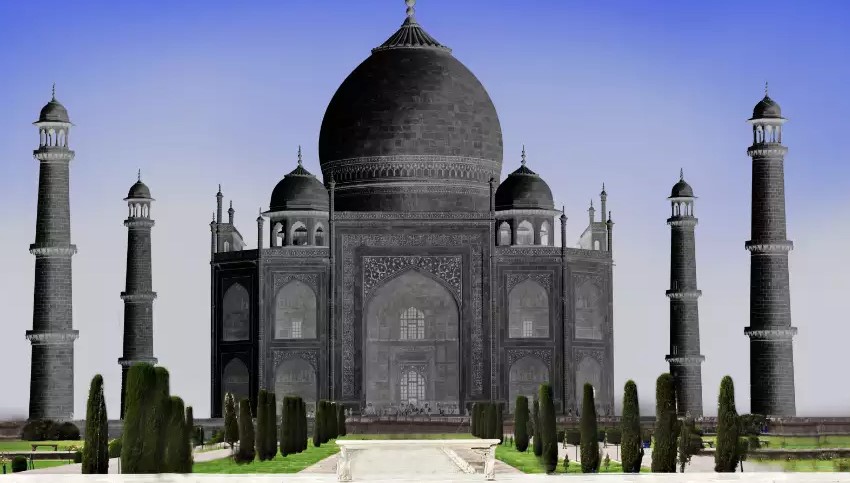 10. Do you know that Shah Jahan wanted to build a black building like Taj Mahal so that he could see the beauty of Taj Mahal. But when Shah Jahan was imprisoned by his son Aurangzeb, his dream was just a dream.

11. Look at the above picture carefully. This is not the Taj Mahal. This is the copy cat of the Taj Mahal. It is the tomb of Biwi located in Aurangabad. It is also called ‘Mini Taj’.

12. A laborer from Bulandshahr has tried to copy the Taj Mahal in memory of his wife. However, due to his poverty he could not make it complete.

14. You will be surprised to know that Taj Mahal is 5 feet higher than Qutub Minar.

Claims of Hindu side regarding Taj Mahal

1. According to Hindu side Taj Mahal is actually Shiva temple whose real name is Tejomahalaya.

2. It is generally believed that the name Taj Mahal is derived from Mumtaz Mahal, which was buried there. This does not fit for two reasons – first is that Shah Jahan’s Begum did not have a Mumtaz Mahal, and second, to remove the name ‘Mum’ from a woman named Mumtaz to name a building does not fit well.

3. ‘Mahal’ at the end of the word Taj Mahal is not a Muslim word, there is not a single building in any Muslim country from Afghanistan to Algeria which is called as Mahal.

4. India has 12 Jyotirlingas in the year. It seems that Tejomahalaya refers to Taj Mahal is one of them which was known as Naganatheshwar because its water body was made like a snake wrapped by a snake. By the time Shah Jahan took over it, its purity and Hindutva came to an end.