Mars is the fourth planet from the Sun and the second-smallest planet in the Solar System, being larger than only Mercury. In English, Mars carries the name of the Roman god of war and is often referred to as the “Red Planet”. Its average distance from the Sun is about 22.97 million kilometers. The diameter of this planet is about 6794 kilometers. 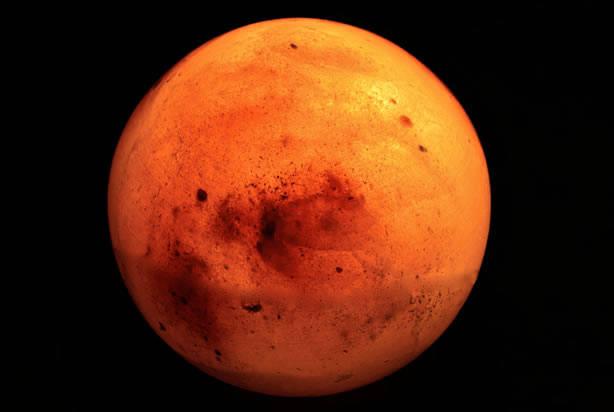 1. The Greeks call Mars Ares (Ares) and consider it the god of war. This name is given to Mars probably because of the red color.

2. It looks red due to rusting of iron mineral in the soil of Mars.

3. Mars’s orbit around the Sun is longitudinal (oval). Due to this, there is a difference of 30 degrees Celsius between the far point from the Sun and the nearest point in the temperature of Mars.

4. According to the information given by the vehicles sent on Mars, the surface of Mars is very old and filled with craters. But there are also some new valleys, hills and plateaus. (A crater is a round or almost round shaped pit on an astronomical object.)

5. Clear evidence has been found of the flow of a liquid object on the surface of Mars. Fluid water is more likely than other fluids. It is clear from the data given by the ships sent on Mars that there must have been large lakes or seas on Mars.

6. The largest mountain in the solar system is on Mars itself. It is named Olympus Mons and is 24 kilometers high. 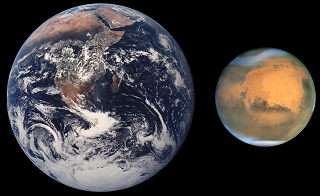 10. At the poles of Mars, there is a layer of ice of water and carbon dioxide. In the summer of the Northern Hemisphere, the carbon dioxide layer is melted and only the water ice remains. Mars Express, circling in the orbit of Mars, has also seen it happening in the southern hemisphere. There is a possibility of water ice in other places of Mars.

11. Just like our Earth’s satellite is the moon, similarly Mars also has two satellites – Phobos and Deimos. Phobos is larger in size than Deimos.

12. If a person weighs 100 kg on Earth, due to low gravity on Mars, only 37 kg will be left. The gravity of Mars’ satellite Phobos is only one thousandth of the Earth’s gravity. A person weighing 100 kilos on Earth will weigh 100 grams on Phobos.

13. Phobos is the shortest satellite in the entire solar system from its planet. Its distance from the surface of Mars is only 6000 km while the distance between our earth and moon is about 3 lakh 84 thousand km.

14. Although Phobos is larger than the second Mars satellite, Deimos, it is still counted among the smallest satellites in the solar system. The average diameter of Phobos is 22.2 km and that of Dimos is only 12.6 km.

16. The Phobos satellite rises in the sky of Mars twice a day.

17. Phobos rises to 1.8 meters of Mars every 100 years. For this reason, in the next 5 million years, it will hit the surface of Mars or it will be broken and broken into pieces around Mars.

18. There is a large crater steakney on the surface of Phobos named after its discoverer’s recent wife.

19. Both these satellites of Mars planet can perhaps be used as a space station for traveling to Mars at any time.

20. At present, 8 expeditions are working to know the secret of Mars. 7 of these are by the US. It is a matter of pride that one of the remaining campaigns is by India.

Many ancient civilizations had knowledge of Mars being a planet, not a star. Therefore, it is difficult to say who first discovered that Mars is a planet, because it can be seen by naked eyes from Earth.

Mars was first observed by telescopes in 1610 by Galileo Galilei. Within 100 years of this, scientists have discovered many white-spotted places on Mars, which is a layer of frozen ice on its poles.

What is the distance of Mars from Earth?

The average distance from Earth to Mars is 22 million million kilometers. Because both planets revolve around the Sun on the elliptical path, the difference in distance between the two planets keeps increasing.

Apart from this, we should also keep in mind that the Earth’s orbit is shorter than Mars because Earth is the third planet in distance from the Sun and Mars is the fourth.

Apart from this, NASA has also sent a small helicopter to this mission. It will attempt to fly alone on the surface of Mars.