The lion is one of the largest animals of the cat species, often referred to as the ‘king of the forest’. Lions were once found all over Africa, Asia and Europe but now they are found in only two regions of the world and based on these regions they are classified into two subspecies.

The first is the Asiatic lion which lives in the Gir forest of the Indian state of Gurjat and the second African lion that lives in Central and Southern Africa. Although these two species of lions look very similar but in terms of size, habitat, diet, etc., they are completely different from each other. 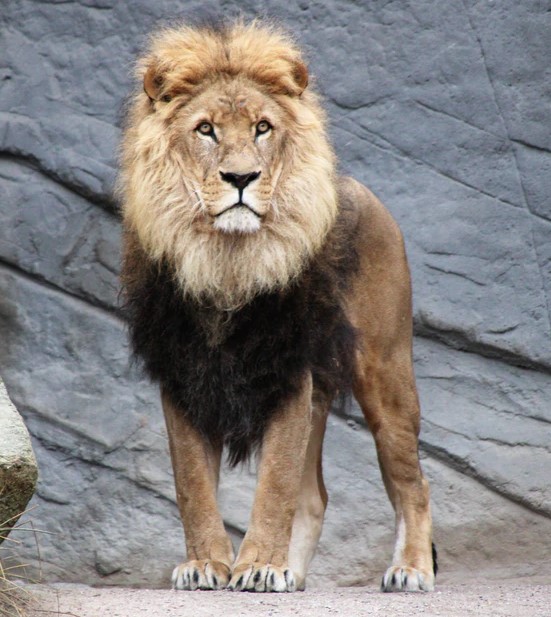 Size and characteristics of lions

Asiatic lions, also known as Indian lions, are much larger than African lions. They weight between 120 and 226 kg on average. Indian lions have a tail length of 60 to 90 centimeters.

Male lions are usually much larger than females and have a slight hairline around their head. This issue of lions makes them particularly influential and helps them to seduce females during breeding. Due to this issue, the chances of injury to the neck of male lions during fights are reduced.

African lions live in Angola, Botswana, Mozambique, Tanzania, Central African Republic, South Sudan and other parts of Sub Saharan Africa. In these areas, they live in open grasslands and forests.

Asiatic lions are found only in the Gir forest in the Indian state of Gujarat. The forest is spread over an area of ​​1,412 sq km and has now become a wildlife sanctuary. Grasslands and rocky hills are also found in the Gir forest.

Of the total lions hunted, 90 per cent are done by female lions.

Lions are very social and like to live in groups called prides. However, there is a large difference between groups of Asiatic and African lions.

According to National Geographic, the group of African lions also have three males and several females along with their children. The number of members of the group reaches 40 several times.

There are two types of groups of Indian lions. Male and female lions live in separate groups and come together only during mating.

Female lions remain in the same age group in which they are born, while male lions form their own group when they are old.

At the age of three to four years, male and female lions get ready for mating. A group of lions and lionesses mating at the same time.

Female lions have a pregnancy period of about four months. The lioness gives birth to her children alone and the first six weeks keep them away from the eyes of others. At birth, cubs weigh only 1.5 kg and are completely dependent on their mother.

After six weeks of birth the young lions are taken care of by the whole group and sometimes if the mother of a lion is away from her, the other female lion of the group takes care of baby.

Due to increasing hunting, habitat destruction and diseases, lions are facing threats due to which their entire species is in danger of extinction.

Due to the dwindling population of African lions, they have been included in the Red List. 100 years ago in Africa, the number of lions was up to 2 lakh, but now it is only 20 thousand.

The Asiatic lions, which are found only in the Gir forest of India, have been well preserved. In the year 2010, the count of these lions was 411 while in the year 2015 it has increased to 523.

The tiger is the largest animal of the cat species after tigers. The average weight of a male lion is 190 kg, which sometimes goes up to 250 kg.